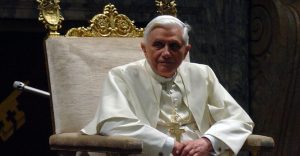 There is little that more plainly uncovers a failure to see the Holy Father for who he is, to understand him and to grasp the magnitude and importance of the position to which he as been called by God, than hearing what people have to say about his plans to resign from the papacy, scheduled to take effect on the 28th of February.