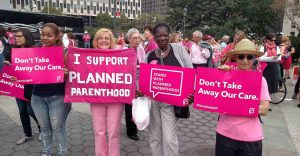 Today we experience a modern-day clique of an immoral society pressuring us to conform. Conscience demands that we not remain silent. 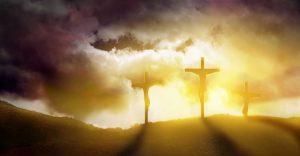 When a citizenry’s right to express itself freely and without fear of retribution is at risk, it can be thought of as a chilling development indeed. Such social conditions always bring a society one step closer to accepting the premises of tyranny. 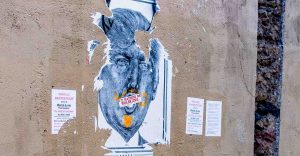 There’s lots of confusion about immigration and voting among Catholics and other Christians. How big of a factor is immigration among our voting concerns? Does it equate morally to abortion? And, is President Trump’s wall building project something we can or cannot support? Is it a negotiable policy for Catholics or not? 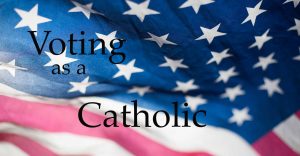 “Voting as a Catholic” is a video series I wrote and narrated, produced by Catholic Online School, to help Catholics sort out the confusing array of misinformation, propaganda, and outright lies they’ve heard about voting. 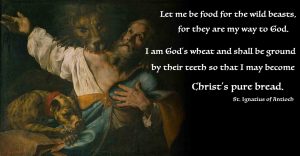 The life and teaching of St. Ignatius clearly point to the sublime and lofty goal of human nature: eternal communion with God. Man is made for something—Someone—infinitely greater and higher than creatures or created things.