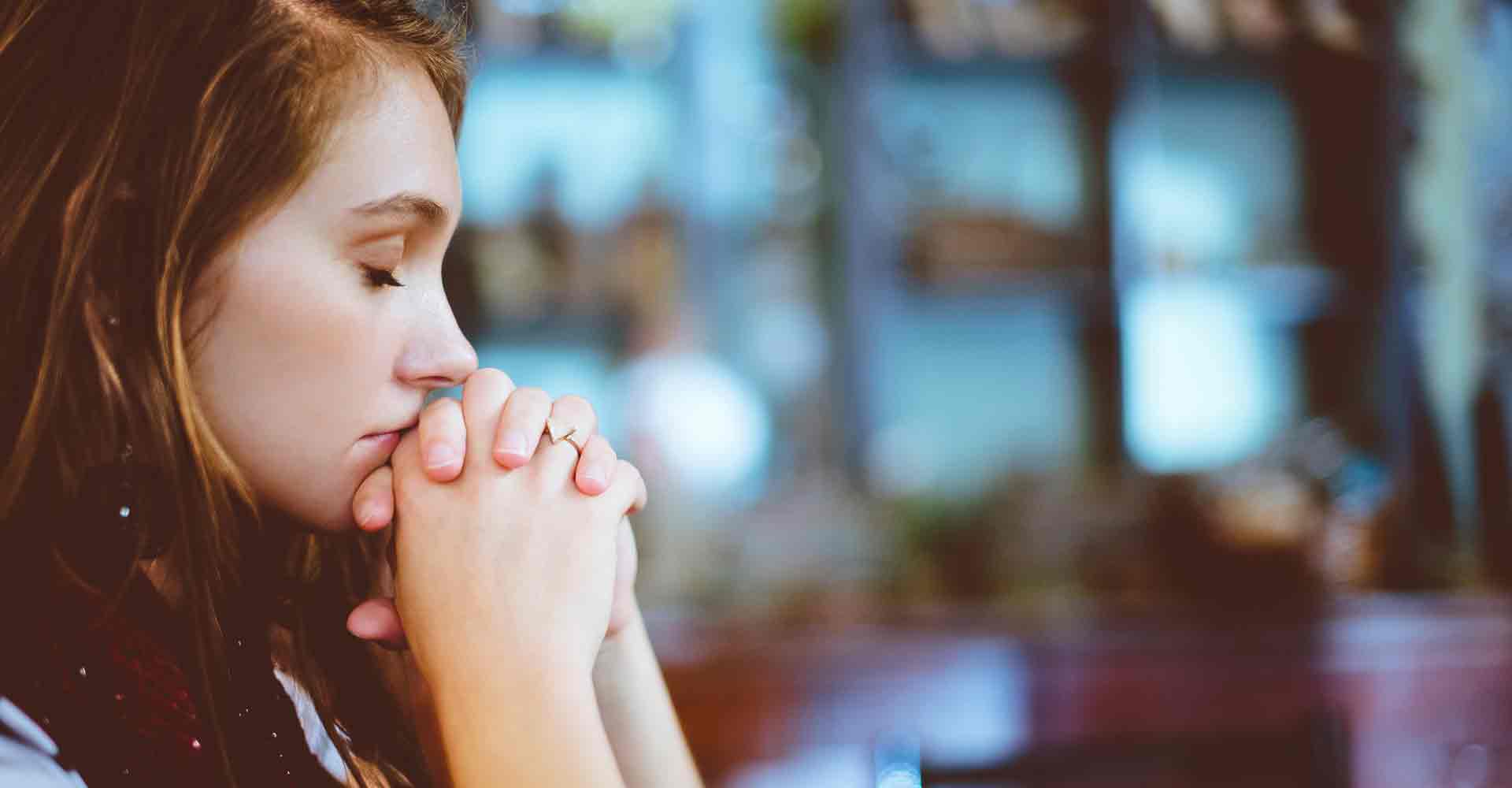 In the Dogmatic Constitution on Divine Revelation (In Latin, Dei Verbum) a beautiful teaching from the Fathers of the Second Vatican Council on the Word of God, we read this explanation of the Bible:

(I)n the sacred books, the Father who is in heaven meets His children with great love and speaks with them; and the force and power in the word of God is so great that it stands as the support and energy of the Church, the strength of faith for her sons, the food of the soul, the pure and everlasting source of spiritual life. (Paragraph 21)

The insight provides a key to fruitfully reading the Bible.

St Paul wrote to Timothy, who led the struggling Church of Ephesus:

From infancy you have known (the) sacred scriptures, which are capable of giving you wisdom for salvation through faith in Christ Jesus. All scripture is inspired by God and is useful for teaching, for refutation, for correction, and for training in righteousness, so that one who belongs to God may be competent, equipped for every good work. (2 Timothy 3:15-16).

Timothy had a fruitful relationship with the Scriptures because He had an intimate loving relationship with the Lord whom they reveal. If we want to understand the Bible – and have it really change us – we need to grow in the kind of living faith Timothy had. That kind of faith will also grow in us as we read, pray and study the words of Scripture – with living faith. The two are inextricably connected.

Years ago a gathering of scripture scholars was held in Rome at the Pontifical Biblical Institute. The group encouraged what they called a kneeling exegesis. Exegesis is a word which refers to the study of the bible. I loved the phrase kneeling exegesis because it speaks to what should be obvious, but sadly is not; only through prayer can we encounter the living Word of God in the written words of the Bible.

Read about what Pope Benedict XVI said about Christian prayer.

The Bible is at the heart of the Church’s worship, faith and life. It is the Book of the Church. Christianity is not about me and Jesus but me in Jesus. Through Baptism we come to live in His Body, the Church. We are incorporated into the living, Risen Jesus Christ when we are baptized into His Church. We become members of His mystical body and we enter into that New Creation, beginning right now.

Read more about how to interpret Sacred Scripture.

When God chose to reveal Himself He did not throw a book out of heaven. Rather, the Word was made Flesh. He became one of us. Through the Incarnation—which includes the entirety of the conception, life, suffering, death, resurrection and ascension of Jesus Christ—a new creation began.

The Church is not some organizational afterthought put together after the Resurrection of Jesus. It is the plan of God for the salvation of the entire human race. The Church is the Body of the Risen Christ and the seed of the kingdom to come. Through baptism into His death and resurrection all men and women can become sons (and daughters) in the Son, beginning now and completed in the fullness of redemption at the Resurrection of our Body.

The Church is the new family into which we are reborn through the womb of that Baptismal font. This is why we call the Church Mother. In the Church we live our lives in Jesus Christ, with one another, for the sake of the world. She, the Church, is meant to become the home of the whole human race.

God has entrusted the Bible to this Church. It was first received by the early Church in the form of the Hebrew Scriptures (Old Testament books), the Gospels and the letters of the apostles that were circulated (that is what the word encyclical means) among the early Christian communities.

Later, the Canon ( from a Greek word which measuring stick), was finalized within the Church. It is intended to govern her life and worship. It is the guide for her in carrying forward the redemptive work of Jesus on earth until He comes again.

The Bible is an invitation into an encounter with the living God. Its words are not simply a formula to obtain some notion of success in life, but an invitation into a growing communion of Love with the Living Word, Jesus. The Bible is not some-thing, but reveals Some-One—Jesus Christ, the Living Word of the Father.  In those words of St. Paul to Timothy, all Scripture is inspired by God (2 Tim. 3:16). The Greek word translated inspired in English literally means God-breathed.

The early Christians received the scriptures as a gift. They knew that the sacred words were to lead to a deeper communion of love with their source, the Living Word of God. Early theologians were mystics. My favorite definition of a theologian is taken from the early Christian Monk named Evagrius of Pontus.

He said that a true a theologian is one who rests his head on the chest of Christ. The image calls to mind the beloved disciple, John, who is often depicted as doing just that in early Christian art. It speaks of the indispensable prerequisite for any fruitful study of the Bible, a relationship with the Lord Jesus which is formed and fueled in the intimacy of prayer.

Early Christians viewed the reading of Scripture as a way of encountering the Living Word, who gives Himself as bread to those who feed on this written Word. This practice is kept alive in the Christian monastic tradition, particularly among Benedictines in the West.

This intimate relationship with the Lord in and through His Word is embedded in the Eastern Christian tradition, catholic and Orthodox, and is especially evident in the writings of the early Church fathers. They wrote in a sort of stream of scriptural consciousness, moving from inspired thoughts to actual biblical quotes and back; most often without any reference to the specific chapter and verse. The text was living within them. To use a phrase from my childhood they knew it by heart.

This way of encountering the Lord in His Word can be cultivated in our own lives as well. It involves meeting the Lord in His word and being changed in that encounter. It can inform a rhythmic way of life steeped in the practice of the presence of God throughout the day. Participation in the rich and beautiful pattern of the Liturgical life of the Church, filled as it is with the Biblical texts that are arranged for the faithful every day, helps to develop this rhythm.

This relational approach to reading and praying the Bible is referred to in Western writings as Lectio Divina and I wrote about it for Catholic Online in an article entitled, Praying the Bible: Lectio Divina Helps us Fall in Love with the Living Word which you can read here.

On July 11th in the liturgical calendar of the Latin Rite of the Catholic Church we remember Saint Benedict of Nursia, the great founder of Western Monasticism. He wrote a rule or way of life for the brothers who followed Jesus along with him. These words are contained within it:

What, dear brothers, is more delightful than this voice of the Lord calling to us? See how the Lord in his love shows us the way of life. Clothed then with faith and the performance of good works, let us set out on this way, with the Gospel for our guide – that we may deserve to see him who has called us to his kingdom. (1 Thessalonians 2:12).

These words can guide all of us as Christians, no matter what our state in life or vocation. We can all hear the voice of the Lord. He speaks to us in so many ways. We can hear His voice guiding us. One of the primary ways that can happen is through the Word of God, the Bible. The Bible is a treasure which has been given to us by the Holy Spirit. Let us open up the treasure chest, read, pray, live, love and encounter the Living Word in the written word of God.

Deacon Keith A. Fournier, the Editor in Chief of Catholic Online, is also the Founder and Chairman of Common Good Foundation and Common Good Alliance. A Catholic Deacon of the Diocese of Richmond, Virginia, he and his wife Laurine have five grown children and seven grandchildren. He is a human rights lawyer and public policy advocate who has long been active at the intersection of faith and culture. He served as the first and founding Executive Director of the American Center for Law and Justice in the nineteen nineties. Deacon Fournier is the Dean and Chaplain of Catholic Online School, a project of Your Catholic Voice Foundation.