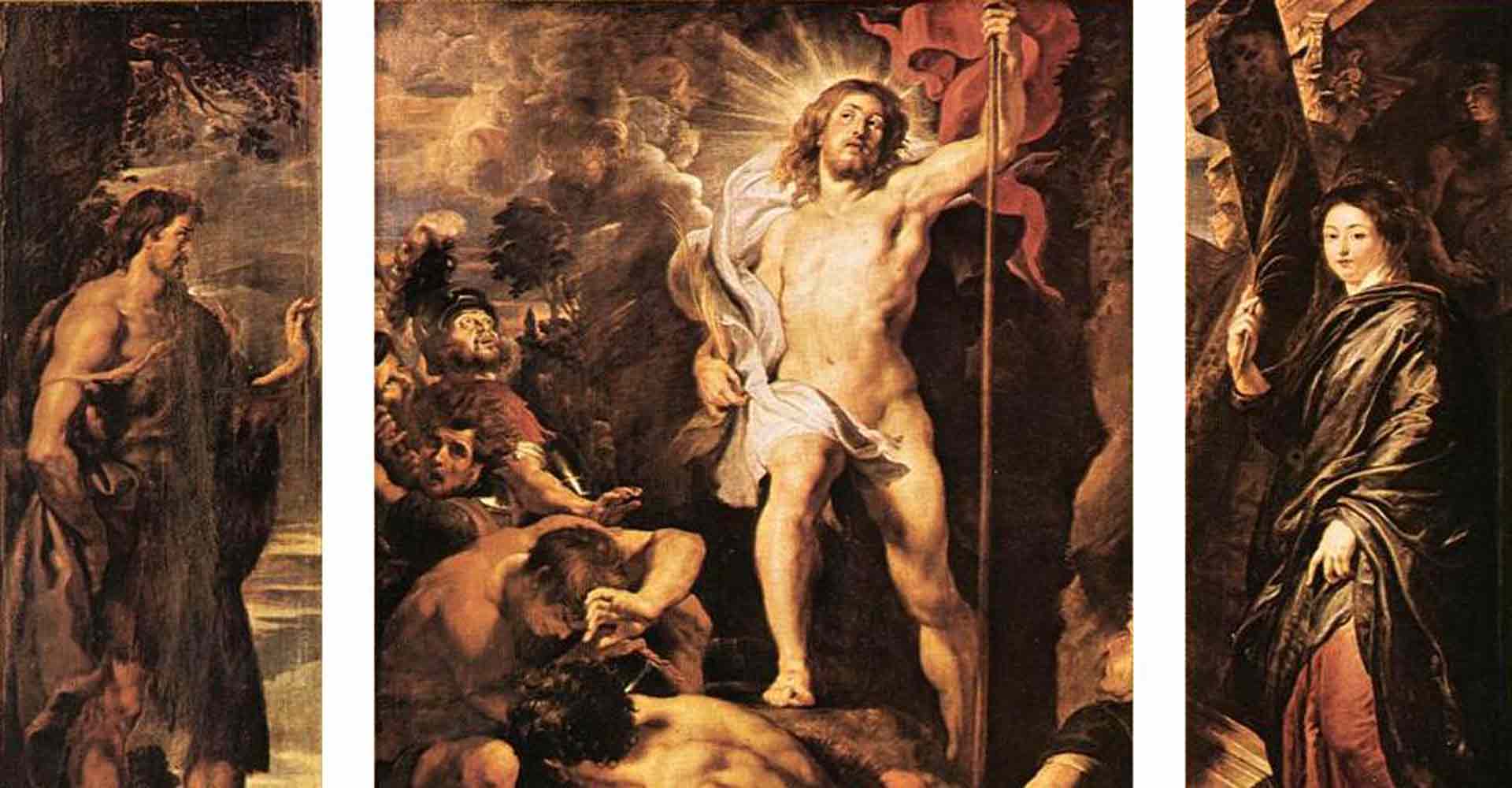 The existence of God is the truth that is consolation in the temporal existence of the human creature. It is the certainty of merit as a result of a test armed with prayer that ascribes merit or demerit to the spiritual actions of man in Time.

There is among humanity a cause that adorns life with hope and the petals of joy and happiness. The human person is a favored creature that lives in the human condition, created in the image of the Incarnate Word, Jesus Christ, the Son of the Living God. Human temporal existence is inherently a song and its life is an art that paints in the minute strokes of the struggle of life, the praises of the Trinity in adoration of the Word of the Father. Catholicism figures as the pearl of great price for which the merchant sells all his possessions in order to possess it as his sole good; it is the Divine Society, the advance of the Kingdom of Heaven, the Kingdom of God on Earth animated by the spiritual law of self-denying love in a movement of kenosis that renders homage to the Summum Bonum (Matthew 13:45-46).

In the religious experience of humanity subsists the permanence of an act that ennobles it and that convinces the human heart of the Beauty of the Divine: prayer. The Rosary as prayer directed to Christ through the intercession of Mary, presents as a central power of Christianity; it is the rhetoric of holiness, the speech of the saint, the hope of the martyr that finally opens with the contemplation of the life of Christ in the Heart of Mary, the Heart of God who grants, according to His predilection, the wishes of man respecting in truth the Design of Divine Providence that predestines the creature during its temporal existence to attain eventually to the realm of heaven. Religious prayer testifies to the belief that ornates human existence, a fragrance that embellishes the human heart with charity, an oil of gladness that consecrates human reason in the Paraclete, a water that vivifies the human soul: the existence of God – in truth, a gem! A gem that ought to fill human existence and punctuate it with the delineations of the Divine Smile, whose brilliance ought to be the consolation that is Strength, Virtue, and Perfection.

Evidently, prayer is the school of spiritual perfection in a mystical ascent that, with certainty, is a participant of the triple-consecration of the baptized believer as priest, prophet, and king, acting in the triple office of the Christ God-Man Who wills that all be saved and attain to the maturity of spiritual perfection. In the end, it is the Confirmation of predestination, of that mystery hidden in the bosom of God from the foundation of the ages that constitutes the beatitude of Heaven and the basis for the adoration of the Trinitarian God.

At the end, prayer may be viewed as a spiritual value placed on the mystical balance of the Particular Judgement whose determination seems to hinge on one simple condition: the condition of fervent and religious prayer during a man’s life as the test that in some way determines his final state. For without prayer, one cannot know God nor seek his mercy. Devoid of prayer, one cannot blindly hope to attain salvation and unending happiness. On the Last Day, at the Last Judgement, the sheep and the goats will be assembled on the dunes of the sand of History and be examined in relation to the goodness or malevolence of their actions throughout Time. It is prayer that is the oil that keeps the lamp of Faith lighted – turned towards Heaven, the human spirit elevates the prayer of the heart to the Godhead, in the fires of a rhetoric that increases the richness of the treasuries of Grace during life and finally extinguishes darkness from the human condition. The 20th-century Italian mystic and priest stigmatist, St. Padre Pio, stated that “prayer is the oxygen of the soul.” In a sense, it is the respiration of spiritual speech, the rhetoric that argues with God and pleads the case on the mystical balance for the possession of the Kingdom that is Salvation, Love, and Peace.

The existence of God is the Truth that arms the believer with rationality; for the Incarnate Word, the Verbum, is Divine Reason itself and, in the consumption of the Eucharist, the myocardial fusion with the Heart of Christ is found the pledge of eternal life; that is, an advance of the Resurrection. Particularly, it is the widening of the human intellect that infuses the principle of universality into the human substance for the personal union with God and the charity that sees in one’s neighbor the face of Christ to be loved, served, and communed with. The human soul is naturally Christian, anima naturaliter christiana, such that it is passionate and seeks the universal abstractions of Love, Reason, and Peace in the adoration of the Godhead. In its essence, the existence of God is a truth that is intuitive, for the human intellect naturally abstracts the first principles of knowledge from its sense experience of reality, and what knowledge is greater than the truth of the existence of the Necessary Being who is the Prime Mover and the First Cause?

That the darkness of doubt and skepticism remain, betray the fact that the human reason lives in the obscurantism of ignorance and in the trial of the Enemy, who seeks to put out completely the flame of religious faith. Divine Revelation reveals the certitude that, in the end, religious belief has the last word in History, for it is God’s will that no man should forever dwell in darkness, but rather darkness shall inevitably give way to Light by virtue of the prayer that unites man to Christ—and what Light indeed!

Please support Joy In Truth with a tip.