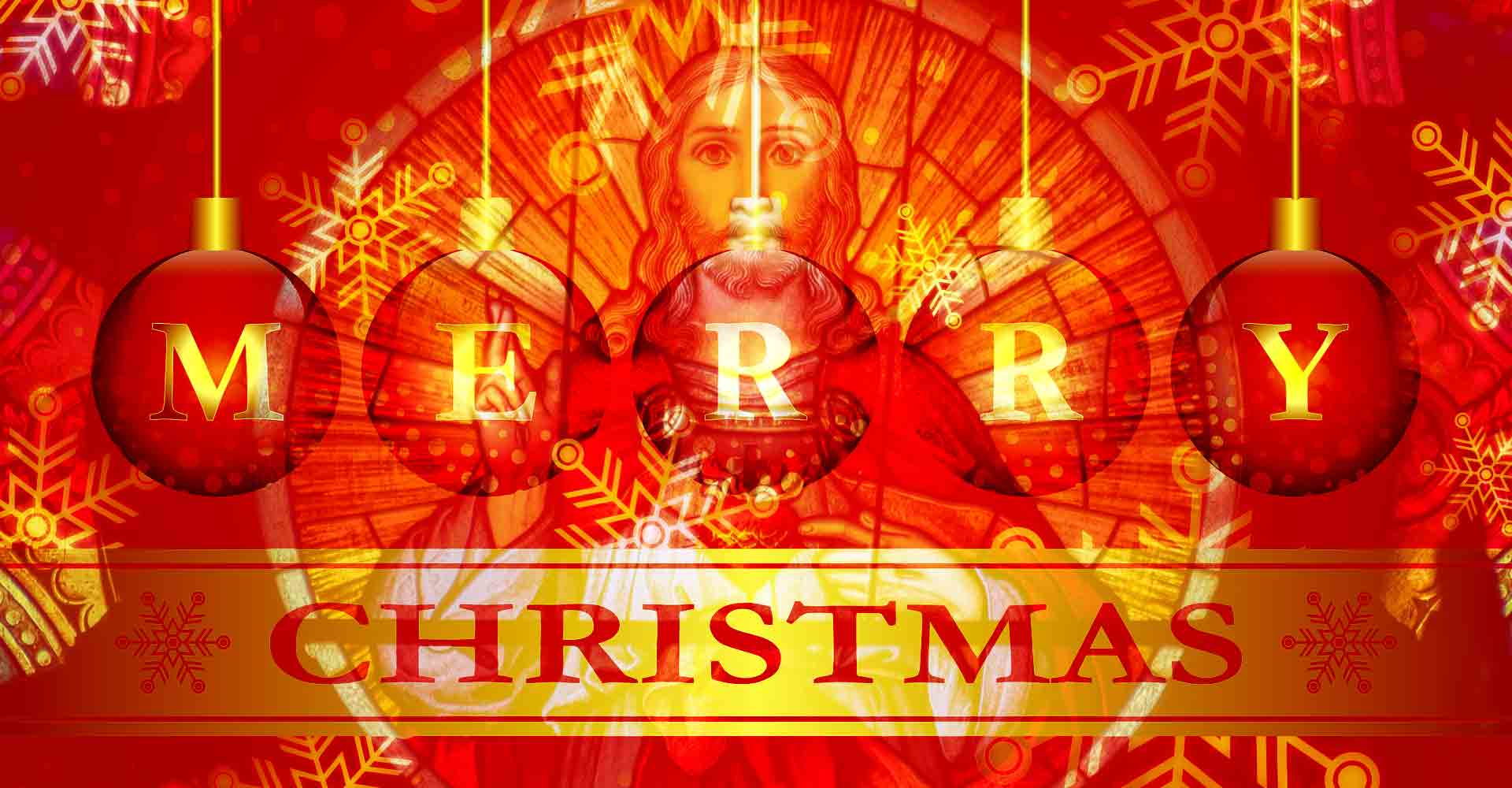 The Christ Child has arrived. God has become man and our redemption is won. Salvation is at hand. It’s a pivotal moment throughout all history, stretching from past to present and on into the future—your future.

Have you ever had something devastating happen in your life that later turned out to be okay? What was a shock or disappointment or failure, one day gave way to soothing relief and a new perspective? A transformation from darkness into light? Do you remember how you had to get through the pain, move past it, to get to the end? It may have taken hours, days, weeks or … decades, but when you found it, once at the end, life took on new tone and meaning, initiating a new and exciting beginning?

On the other hand, it could be that you’re living out the pain right now. The lights of Christmas offer little but muted colors surrounded by dreariness. It could be that the present circumstances seem to afford nothing but darkness lacking any hope of future light. It could be that you’re caught up in the midst of a bad dream from which you eagerly hope to awaken. But this dream is not a dream. It’s real. There’s no “waking up.” The disaster is ongoing.

But is it ongoing? That’s the question we must all wrestle with. That’s the real question.

It’s a question about Christmas.

In 2005, I was involved in a serious ATV accident on the Mesa, a flat-topped mountain a few miles east of Grand Junction, CO. I incurred a number of bone fractures: from C1 through C6, four pelvic breaks, broken ribs, and a broken clavicle. I awoke in a rock-strewn ditch with a basketball-sized boulder next to my head. Needless to say, I spent a few days in intensive care and several painful weeks in the hospital. When I arrived home, I developed a severe pulmonary embolism due to a large blood clot in my left leg that broke loose, passed through my heart and lodged in my lungs, blocking off about 75% of the blood flow to each lung.

I should have died. I was returned via ambulance back to the hospital and placed in intensive care. Too weak to get out of bed, coughing up blood, wearing a halo to allow the bones in my neck to mend, I felt not only as if I had descended into darkness but that all the light had gone out of the universe.

I asked the nurses to post a “no visitors” sign on my hospital room door. I could not bring myself to speak to anyone, especially friends. If I heard a siren wail outside, my eyes would tear up. Who else is hurt? I wondered. “May God console you and bring you peace,” I prayed.

There was another man injured on the same mountain and at the same time as me, not far away from my crash site. I guess it was one of those days emergency personnel hate. Instead of crashing an ATV, he lost control on a mountain bike and took a tumble off the edge of the road, down a precipitous piece of mountain into a pile of jagged boulders. He too broke his neck. But his condition was far worse. He was left a quadriplegic.

One day I went to see him. While he lay in his hospital bed unable to speak, moving only his eyes, I sat in a wheelchair and read to him. I don’t remember what I read. All I can remember is how terrible I felt for what had happened to him. He had a wife and children. My darkness was nothing compared to his.

He didn’t live long. Not here. But that’s not the end of his story. His faith in Christ was indeed strong and certain. That’s what you need to know to put the pieces together. That’s the information you have to have to answer the really big questions.

Obviously, things turned out differently for me. It was a transformation from darkness into light of a different kind. Like Christmas. All praise and glory to you, Lord Jesus Christ!

It’s important to remember Christmas is more than just a day. It’s more than a season. It’s an ongoing, eternal reality. It’s an incomparable, singularly unique event in the cosmos offering the Promise above all promises. It’s the wildest, most radical and joyful dream ever: God has become man. The almighty sovereign God who is creator and sustainer of all being and life has become a little Child, born of a Virgin, laid in a manger of poverty in a town named Bethlehem, which means “house of bread.”

Christmas is the reality of supernatural Love. It’s the timeless, unending sign of certain hope. It marks an entirely new beginning for humankind, for you and for me.

On this third day in the octave of Christmas, we celebrate the Feast of St. John, Apostle and Evangelist. The gospel reading (Jn 20:1 2-8) is very much about disaster and darkness transformed into a new beginning and new light. It reminds us of the importance and power of the essential words, “I believe”:

Imagine the shock and terror the apostles experienced when Jesus was brutally crucified as a common criminal by the Romans. The man they had followed over the course of about three years, whom they had grown to know, love, and trust was suddenly gone—viciously erased from the face of the earth. The man whose miracles had led them to believe he truly was the anointed one sent from God had suddenly abandoned them—dead and buried. It seemed he was powerless rather than all-powerful. Whatever hopes they had in this man, this Jesus of Nazareth, were dashed away by the horrifying reality of the crucifixion. I imagine when Mary Magdalene ran and found Peter and the “other disciple whom Jesus loved,” she saw two exceedingly distraught men, sitting in shocked silence, staring blankly down at the ground in front of them.

As if the crucifixion wasn’t enough, Mary tells them Jesus’ body is gone. It’s been taken from the tomb. Peter and the beloved disciple look up at her in disbelief. Jesus is gone, taken? What? Who would have done such a thing? They run to the tomb to see for themselves. And, just as Mary had said, Jesus is gone. The only evidence remaining indicating he had ever been there at all, is the burial cloths cast aside that had previously wrapped his dead and bloodied body.

The natural reaction is to think someone stole the body of Jesus. But the beloved disciple suddenly realizes things are not what they might seem. He puts the pieces together. The disaster of the crucifixion dissolves away in his mind and heart, replaced with something wonderful, inexpressible, joyous and light. He sees and believes. It’s as if his wildest dream had just come true. This Jesus whom he had come to know, love and trust is not dead but alive. He is risen on the third day, just as he promised!

When we see and believe in Jesus, the story of our life turns out more than okay. However terrible things might seem or actually be in the moment, the story is not over. Whatever terrifying circumstances may have befallen us, they do not have the last word. They cannot determine our destiny.

By virtue of faith in Christ, darkness is transformed into light—always and without exception.

The Christ Child has arrived. God has become man and our redemption is won. Salvation is at hand. It’s a pivotal moment throughout all history, stretching from past to present and on into the future—your future.

It’s Christmas. It truly is Christmas, now and forever.

Please support Joy In Truth by sharing posts on your social media. The share buttons make it fast and easy!

Support Joy In Truth with a tip!