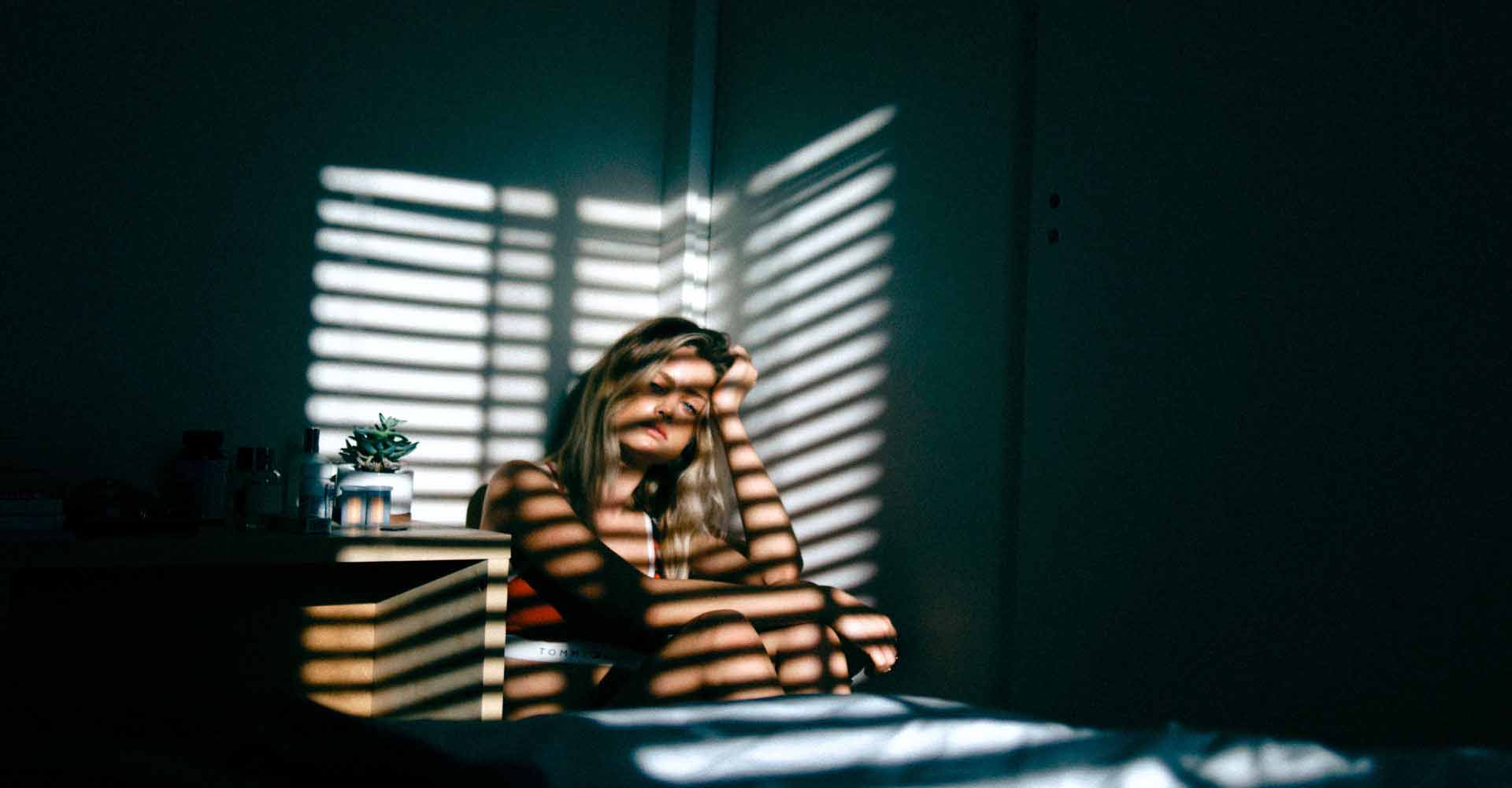 Human nature is wounded by the effects of original sin—we are a fallen people. Consequently, many live in an unrepentant state that is characterized by an enslavement to sin and a clouded vision of reality. The solution to this dilemma is repentance and turning toward Christ in order to receive the healing and recreative grace he offers to all who approach him in faith.

Since we are fallen, wounded, and infected beings, there are two states from which we can operate. We can see development, relationships and life without accepting or perhaps realizing that we are wounded creatures in need of healing and thus remain unrepentant and chained by the effects of sin. Or, by the gift of Christ in our lives and aided by his grace, we can realize and accept the fact that our inner natures are in need of healing and restoration, and therefore pursue lives of repentance in order to receive the healing Christ offers, which is freedom from sin.

To a man who wears purple glasses and doesn’t realize that he is wearing these glasses, everything rightfully will appear purple.

To another man who wears purple glasses but realizes that he is wearing such glasses, most things purple will appear wrong to him until he is able to remove such glasses and verify their true color. He thus understands that he may not be seeing things correctly and, consequently, seeks the clarity of vision provided by truth in the light of God.

This is fundamentally what happens between the unrepentant and repentant person. To the unrepentant, much of what he desires, chooses, wills and obtains does not seem wrong to him even though they are not truly good, because these things appear to satisfy the often disordered desires of a fallen human nature. Said another way, what he seeks appears attractive, as something “good,” although it may in reality be detrimental to him physically and/or spiritually—it may, in fact, be only an apparent good as opposed to a true good.

The repentant person, on the other hand, takes a different attitude in seeking those things he desires. He realizes he must verify his desires and aspirations before acting on them in order to ensure they’re in accord with the true good and in harmony with the loving will of God.

Wounded man tends to hide his sinful nature, to protect it in a sense, because he has become tied to sin, and thus finds himself powerless to heal what ails him.

In such a state, man is unable to grow or develop properly as a composite whole. All his attempts to present himself as a “good” man on the basis of what the world demands, fail as long as he does not allow, nor receive, the grace of God into his being. God’s recreative grace remains the only means of healing for man’s fallen nature. Yet the unrepentant man chooses to isolate himself from God’s offer of healing.

In such a fallen state, the primary thing the world looks at, appreciates and is in “Wow!” of, is external accomplishments that are derived as a result of our ability and skills. These external skills and accomplishments are, however, often intrinsically competitive. They are therefore often seen to possess value only in comparison with another’s accomplishments, possessions or skills. This is one reason why unrepentant man is by nature biased and treats rich people different from poor people. Nobody needs to teach man this bias. He comes pre-loaded with an “infection,” so to speak, that creates it. His true work is to seek the grace of God and, through divine assistance, be enabled to identify and overcome these sinful tendencies, for Christ said, “Be perfect as your heavenly Father is perfect” (Mt 5:48).

Man uniquely possesses the ability of self-regulation and overcoming inner desires and instinctive behavior. He is able to exercise these abilities as part of his human nature, as natural abilities founded on his free will and rational intellect.

It is the work of the Holy Spirit in us to recreate and regenerate our true original selves. Without offering ourselves to God as a living sacrifice and fully entrusting ourselves to Christ, although we may involve ourselves in church and religious activity, we may yet remain unrepentant and closed off to the grace of God.

Being lukewarm or being the type that our Lord promises to spit out of His mouth (Rev 3:16) means this: remaining satisfied with what is socially acceptable and not turning one’s heart toward God, nor aspiring for the ideal man that God created and desires us to be. The lukewarm Christian is limited by love of practicality and doing just enough to display that he is a Christian. Rather than actively receiving from God and working hard at our inner selves, the lukewarm man tends to live as the infected/wounded nature dictates. He chooses the least effort for maximum gain, and suddenly it is sufficient to simply close one’s eyes in church and hold your hands together in prayer, while actually dreaming about what you will do if you had a million bucks.

It becomes sufficient to appear to be something without really needing to actually be that very thing.

The unrepentant man has become an owner, in a sense, of a cheap, broken clay vessel, when what we were given originally was a pure gold, shining and resplendent vessel.

And the Maker of all beings invites us once again to “Come! Buy from me pure gold” (Rev 3:17), meaning to say “repossess your resplendent pure gold selves.”

And what do we have with us to buy?

Ask, seek, and knock (Mt 7:7). The thing we genuinely possess is sincere, fervent prayer. It is through prayer that we enter into communication and friendship with God. In a relationship with our Creator, we receive the gold he offers that is itself healing grace and new life. Earnest prayer, sincere effort, daily mortifications as led by the Holy Spirit—This is what those called by God, those renewed in Christ, invest in to receive exponentially more from our Lord than what they are capable of giving themselves. In other words, we cannot repay God for his free gifts. We can only offer ourselves in an act of love. And that is enough for our merciful and loving heavenly Father.

However, salvation, healing, and restoration do not occur in absence of repentance. God himself moves man to repent, but man must cooperate with God and freely turn to him in humility and in subjection to the rule of his kingdom.

Photo by Xavier Sotomayor on Unsplash.

Joy Joseph is a Life Coach and a Family Business Facilitator from Kochi, Kerala, India. He specializes in Human Behaviour and Relationships. He founded his own enterprise “The You Tomorrow” in November 2011. He is married, and together with his wife Anu they have 5 children, 3 boys and two girls. Joseph is 54 years of age. He is a motivational speaker. Visit his website to learn more about him.