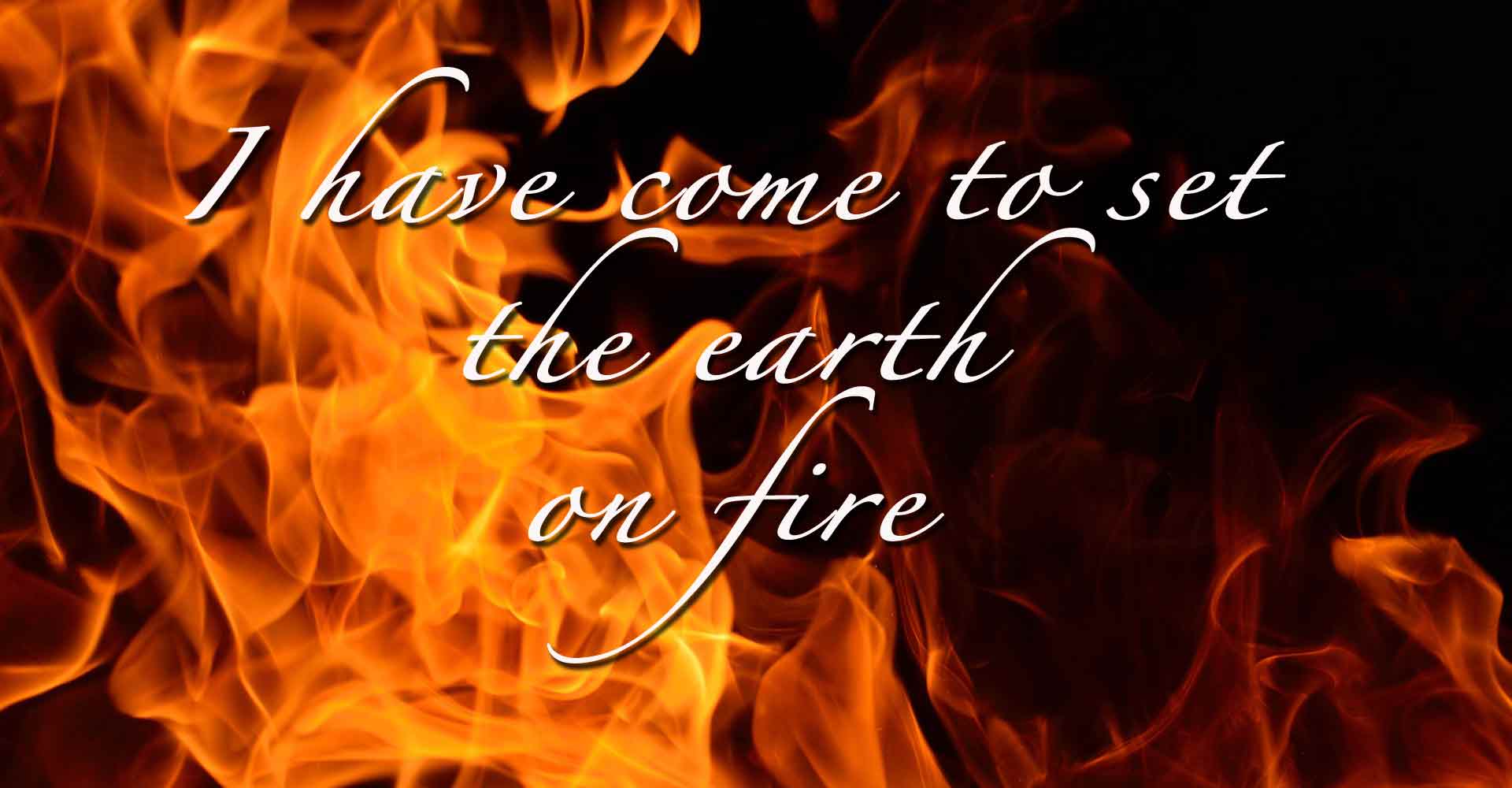 The Christian life is necessarily a countercultural life; it cannot be otherwise. For the only alternative is to live for the spirit of the world rather than for the love of God.

In today’s gospel (Lk 12:49-53), Jesus makes a passionate and perhaps surprising announcement: he has come to set fire to the earth and to establish not peace but division:

Jesus said to his disciples: “I have come to set the earth on fire, and how I wish it were already blazing! There is a baptism with which I must be baptized, and how great is my anguish until it is accomplished! Do you think that I have come to establish peace on the earth? No, I tell you, but rather division. From now on a household of five will be divided, three against two and two against three; a father will be divided against his son and a son against his father, a mother against her daughter and a daughter against her mother, a mother-in-law against her daughter-in-law and a daughter-in-law against her mother-in-law.”

Living for Christ does not at this point in history entail peace but rather division. Jesus reminds us that Christian discipleship demands faithfulness to principles unrecognized and unaccepted by the world; it calls for an uncompromising conviction for the truth deemed unpalatable by secular society and discarded by the “morally enlightened” whose relativistic practices have exchanged the transcendent standard of truth for subjective and freethinking opinion. To live as a follower of Christ, says the Lord, is to live in tension with the world, experiencing some degree of separation even among friends. It involves a necessary opposition to certain sanctioned cultural norms of the day.

A personal, intimate relationship of communion with Christ, living as his dedicated disciple, will generate controversy. Thus to be Catholic is to be radically different: it is to be made holy, sanctified by the grace of God and the indwelling Spirit, and thus be set apart from the world for the love of God. If I am Catholic, I belong to God, not to the spirit of the world.

However, today we often find a contrary way of thinking and living. It’s an attitude characterized by those Catholics and other Christians who live not only in the world but are found to be of the world. That’s exactly the opposite of the way Christians are supposed to live:

For the Christians are distinguished from other men neither by country, nor language, nor the customs which they observe. For they neither inhabit cities of their own, nor employ a peculiar form of speech, nor lead a life which is marked out by any singularity. The course of conduct which they follow has not been devised by any speculation or deliberation of inquisitive men; nor do they, like some, proclaim themselves the advocates of any merely human doctrines. But, inhabiting Greek as well as barbarian cities, according as the lot of each of them has determined, and following the customs of the natives in respect to clothing, food, and the rest of their ordinary conduct, they display to us their wonderful and confessedly striking method of life.

They dwell in their own countries, but simply as sojourners. As citizens, they share in all things with others, and yet endure all things as if foreigners. Every foreign land is to them as their native country, and every land of their birth as a land of strangers. They marry, as do all [others]; they beget children; but they do not destroy their offspring. They have a common table, but not a common bed. They are in the flesh, but they do not live after the flesh. They pass their days on earth, but they are citizens of heaven.

They obey the prescribed laws, and at the same time surpass the laws by their lives. They love all men, and are persecuted by all. They are unknown and condemned; they are put to death, and restored to life. They are poor, yet make many rich; they are in lack of all things, and yet abound in all; they are dishonoured, and yet in their very dishonour are glorified. They are evil spoken of, and yet are justified; they are reviled, and bless; they are insulted, and repay the insult with honour; they do good, yet are punished as evil-doers. When punished, they rejoice as if quickened into life; they are assailed by the Jews as foreigners, and are persecuted by the Greeks; yet those who hate them are unable to assign any reason for their hatred.

There are today Catholics and other Christians living in every city spread across the U.S. from the Atlantic to Pacific coasts who are indistinguishable from any other citizen. They have not only adopted the customs, attire, and food of others, but comfortably embrace such post-modern pagan ideals as cohabitation, the divorce culture, secular humanism, practical atheism and laxness or complete disregard for public worship in the liturgy of the Church. Prayer and silence are displaced by technological dependency, public worship of God for the worship of comfort, and the ascetic life for the affluent life.

If we are not experiencing to some extent the confrontation, fire and division of which Jesus speaks, then that in itself should be a wakeup call. Exactly where do we stand if all is quiet? The seas are often calm before a storm. And that storm will one day come, for we cannot escape the time when the Son of Man will return to sort the obedient, whose lives are founded on the love of God, from the disobedient, whose lives are built on foundations of sand (see Mt 25:31-46; 7:24-27).

Christian discipleship is for the courageous, not the cowardly—as it has always been. Living for Christ brings persecution and suffering and division. It means standing for what many others refuse to stand for. It means principled, virtuous, truthful and often countercultural living. As challenging as it may be, even painful, it nevertheless brings immeasurable rewards and unsurpassable joy:

“Blessed are you when men revile you and persecute you and utter all kinds of evil against you falsely on my account. Rejoice and be glad, for your reward is great in heaven” (Mt 5:11-12).