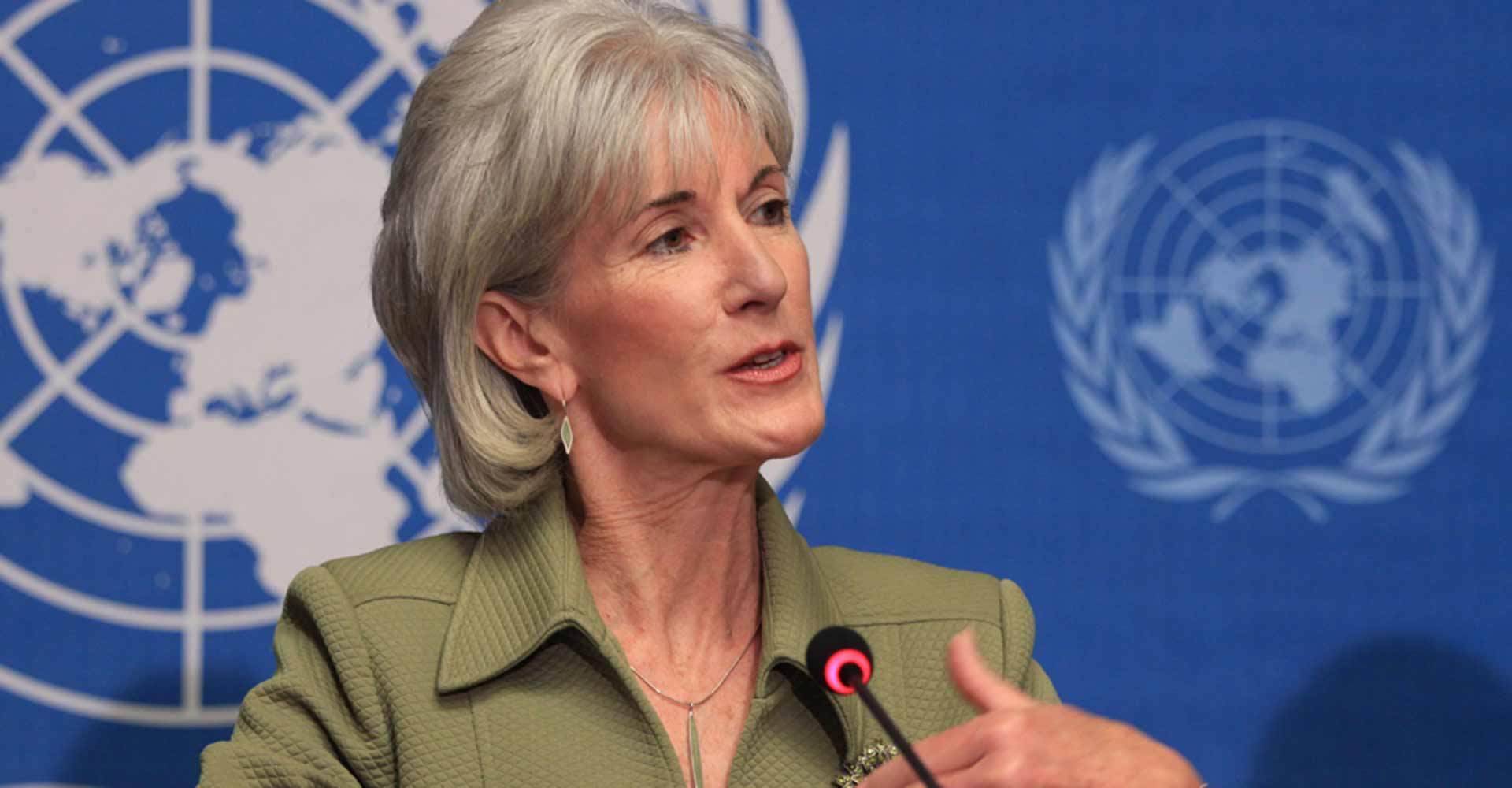 Kathleen Sebelius is asked not to present herself for Holy Communion.

Kathleen Sebelius was asked the following questions in a Washington Post interview, of which a portion was posted at usnews.com:

You are also a pro-choice Catholic, and I was reading some stories out of your home state recently where one of the bishops took an action. Can you tell us a little bit about that?

“Well, the Archbishop in the Kansas City area did not approve of my conduct as a public official and asked that I not present myself for communion.”

What did you think about that?

“Well, it was one of the most painful things I have ever experienced in my life, and I am a firm believer in the separation of church and state, and I feel that my actions as a parishioner are different than my actions as a public official and that the people who elected me in Kansas had a right to expect me to uphold their rights and their beliefs even if they did not have the same religious beliefs that I had. And that’s what I did: I took an oath of office and I have taken an oath of office in this job and will uphold the law.”

Faithful Catholics who hold a zeal and love for Christ and his Catholic Church understand that living as a Catholic is more than merely running through the motions as a parishioner. To be Catholic is to be Catholic always and everywhere, which is to assent to the teaching of the Church in word and deed. The Catholic life does not consist in only attending Mass, as if the remainder of one’s life has no purpose or meaning. The Catholic life is the Gospel life; it therefore flows from the depths of our heart into our thoughts and actions, into what we say and believe, into the person we are.

The fact is, is that abortion is an intrinsic evil which must always be opposed. One cannot be a Catholic in communion with the Church and, at the same time, support or condone laws which further the killing of the innocent unborn.

Since the first century the Church has affirmed the moral evil of every procured abortion. This teaching has not changed and remains unchangeable. Direct abortion, that is to say, abortion willed either as an end or a means, is gravely contrary to the moral law:

You shall not kill the embryo by abortion and shall not cause the newborn to perish.

God, the Lord of life, has entrusted to men the noble mission of safeguarding life, and men must carry it out in a manner worthy of themselves. Life must be protected with the utmost care from the moment of conception: abortion and infanticide are abominable crimes. (CCC 2271).

To present one’s self for communion is to say “I believe” in what the Catholic Church teaches. If we are living a life of public opposition to a constant teaching of the Church, such as abortion, we are living in opposition to Christ’s Church. We are saying “I do not believe.”

As stated below, being a Christian entails the fundamental obligation of acting like one, which may even require the sacrificing of one’s life. Certainly, it will require sacrificing public popularity and political careers. Politicians who lay claim to being Catholic should carefully read the Compendium of The Social Doctrine of The Church. Below are some excerpts:

When — concerning areas or realities that involve fundamental ethical duties — legislative or political choices contrary to Christian principles and values are proposed or made, the Magisterium teaches that “a well-formed Christian conscience does not permit one to vote for a political programme or an individual law which contradicts the fundamental contents of faith and morals” ….

Faced with the many situations involving fundamental and indispensable moral duties, it must be remembered that Christian witness is to be considered a fundamental obligation that can even lead to the sacrificing of one’s life, to martyrdom in the name of love and human dignity[1193]. The history of the past twenty centuries, as well as that of the last century, is filled with martyrs for Christian truth, witnesses to the faith, hope and love founded on the Gospel. Martyrdom is the witness of one who has been personally conformed to Jesus crucified, expressed in the supreme form of shedding one’s blood according to the teaching of the Gospel: if “a grain of wheat falls into the earth and dies … it bears much fruit” (Jn 12:24;CCC 570).

The political commitment of Catholics is often placed in the context of the “autonomy” of the State, that is, the distinction between the political and religious spheres[1194]. This distinction “is a value that has been attained and recognized by the Catholic Church and belongs to the inheritance of contemporary civilization”[1195]. Catholic moral doctrine, however, clearly rejects the prospects of an autonomy that is understood as independence from the moral law: “Such ‘autonomy’ refers first of all to the attitude of the person who respects the truths that derive from natural knowledge  regarding man’s life in society, even if such truths may also be taught by a specific religion, because truth is one”[1196]. A sincere quest for the truth, using legitimate means to promote and defend the moral truths concerning social life — justice, freedom, respect for life and for other human rights — is a right and duty of all members of a social and political community.

When the Church’s Magisterium intervenes in issues concerning social and political life, it does not fail to observe the requirements of a correctly understood autonomy, for “the Church’s Magisterium does not wish to exercise political power or eliminate the freedom of opinion of Catholics regarding contingent questions. Instead, it intends — as is its proper function — to instruct and illuminate the consciences of the faithful, particularly those involved in political life, so that their actions may always serve the integral promotion of the human person and the common good. The social doctrine of the Church is not an intrusion into the government of individual countries. It is a question of the lay Catholic’s duty to be morally coherent, found within one’s conscience, which is one and indivisible.” ( 571)