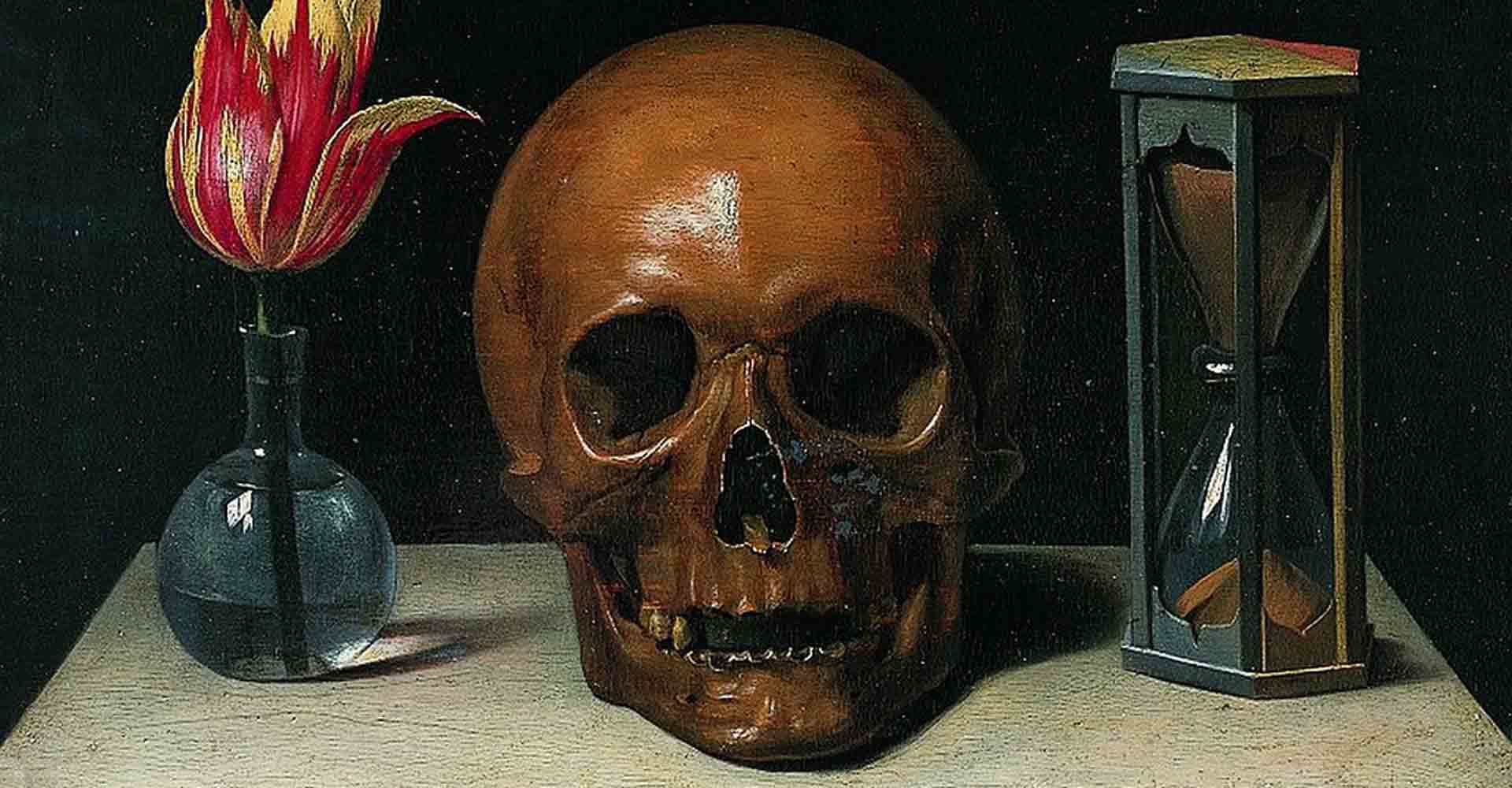 On the Commemoration of All The Faithful Departed, the Church reminds Christians everywhere of the importance of praying for the souls of the dead. On this day, the Church celebrates the paschal Sacrament for the deceased, that they may pass “to a dwelling place of light and peace” (Roman Missal, Prayer after Communion).

The Church has always emphasized that Christians form one body in Christ. As members of the mystical body of Christ, we are connected on a most intimate level: Christ is our head, we are his members. As such, we bear a responsibility toward one another before God. Secular society views people individualistically; by virtue of the divine faith, however, we know by the light of God that the faithful are formed into the community of the one body of the incarnate Son of God by the communication of his Spirit. As members of Christ and his Church, we are called to participate in Jesus’ saving mission in a number of ways in order to help the entire People of God attain their heavenly and eternal end.

One way this is accomplished is by praying for our Christian brethren, but our payer is not to stop there, as St. Paul teaches. We are called by God to pray for everyone because ultimately all of humanity is interconnected as creatures of God, created in the Imago Dei and redeemed by the saving death of Christ:

First of all, then, I urge that supplications, prayers, intercessions, and thanksgivings be made for everyone, for kings and all who are in high positions, so that we may lead a quiet and peaceable life in all godliness and dignity. This is right and is acceptable in the sight of God our Savior, who desires everyone to be saved and to come to the knowledge of the truth. (1 Tim 2:1-4)

Further, our prayers are to extend to the deceased as well. On the Commemoration of All The Faithful Departed, the Church reminds Christians of the importance of praying for the souls of the dead. We are to pray not only for the faithful Christian deceased, but even for those souls who are unknown to us and have no one to pray for them, as the Virgin Mary instructed the children visionaries at Fatima in 1917. We are called to pray for those who have died, everywhere, regardless of whatever state of life they may have found themselves and whether we knew them to be Christian or not. By the love of God and in participation with the universality of Christ’s saving mission, we are called to pray even for people we have never met.

Why is this the case? We pray for all the dead because we are unable for ourselves to determine whether a person is in heaven, purgatory or hell. The only method of ascertaining with absolute certainty whether a particular person is in heaven is through the authority of the visible Church. Deceased Christians canonized by the Church (as well as those who by Sacred Tradition are known to be saints, such as St. Luke or St. John) are definitively known to be saints in heaven and are thus declared to be worthy of veneration by the faithful. The fact is, apart from these capital “S” saints, such as Pope St. John Paul II, for example, we cannot know with certainty the final eschatological state of any individual from our perspective here below. This, of course, flies in the face of the widespread American Christian attitude—a quite harmful one because it promotes permissiveness of sin and complacency with regard to holiness of life—that “all good people” automatically rise at death to the heavenly realm.

Those who die in a state of mortal sin and in rejection of the mercy of God immediately descend into hell: a permanent state of definitive self-exclusion from the kingdom of Christ. These poor souls will spend eternity separated from God. There is nothing further to be done for them, for they have made their final choice. There’s no point in praying for these lost souls. However, we cannot know with absolute certainty who is in hell.

Those who die in a state of grace and perfectly loving God ascend immediately to heaven. They do not need our prayers either, for they have also achieved their final, permanent state. While these saints are not in need of our prayers, we are in need of theirs while we reside in this dangerous land here below.

Many of the faithful departed died in a state of grace but nevertheless with some level of attachment to venial sin. They died with imperfect love for God. That is, although they were free from the guilt of mortal sin, their love for God was less than perfect at death, which means some level of healing purification is necessary prior to entering heaven and experiencing the unending, sublime wonders of the Beatific Vision. These souls must be made pure for the life of heaven in the presence of God, as Revelation teaches in speaking about the New Jerusalem:

People will bring into [the heavenly city] the glory and the honor of the nations. But nothing unclean will enter it, nor anyone who practices abomination or falsehood, but only those who are written in the Lamb’s book of life. (Rev 21:26-27)

Scripture speaks of the concept of Purgatory, a state in which the souls of the faithful departed are mercifully purged of attachment to sin, purified and made holy for admittance into the eternal, heavenly Banquet of the Lamb:

The merciful purgation experienced after death in Purgatory can be metaphorically described as a purifying “fire” in which the soul is cleansed of its attachment to venial sin. This must not be confused with the fire of hell, for there is no connection to be found with hell as experienced by the reprobate and Purgatory as experienced by the elect. On the doctrine of final purification or Purgatory the Catechism of the Catholic Church teaches:

All who die in God’s grace and friendship, but still imperfectly purified, are indeed assured of their eternal salvation; but after death they undergo purification, so as to achieve the holiness necessary to enter the joy of heaven. (CCC 1030)

The Church gives the name Purgatory to this final purification of the elect, which is entirely different from the punishment of the damned. The Church formulated her doctrine of faith on Purgatory especially at the Councils of Florence and Trent. The tradition of the Church, by reference to certain texts of Scripture, speaks of a cleansing fire:

As for certain lesser faults, we must believe that, before the Final Judgment, there is a purifying fire. He who is truth says that whoever utters blasphemy against the Holy Spirit will be pardoned neither in this age nor in the age to come. From this sentence we understand that certain offenses can be forgiven in this age, but certain others in the age to come. (St. Gregory the Great, Dial. 4,39:PL 77,396; cf. Mt 12:31; CCC 1031)

This teaching is also based on the practice of prayer for the dead, already mentioned in Sacred Scripture: “Therefore [Judas Maccabeus] made atonement for the dead, that they might be delivered from their sin” (2 Macc 12:46). From the beginning the Church has honored the memory of the dead and offered prayers in suffrage for them, above all the Eucharistic sacrifice, so that, thus purified, they may attain the beatific vision of God. The Church also commends almsgiving, indulgences, and works of penance undertaken on behalf of the dead:

Let us help and commemorate them. If Job’s sons were purified by their father’s sacrifice, why would we doubt that our offerings for the dead bring them some consolation? Let us not hesitate to help those who have died and to offer our prayers for them. (St. John Chrysostom, Hom. in 1 Cor. 41,5: PG 61,361; cf. Job 1:5; CCC 1032)

Nothing unclean will enter heaven. Although the non-Catholic, Protestant Christian C.S. Lewis expressed disagreement with the way some members of the Church had explained Purgatory in the past, he wrote in its favor in his book Letters to Malcolm: Chiefly on Prayer in Letter 20:

Of course I pray for the dead. The action is so spontaneous, so all but inevitable, that only the most compulsive theological case against it would deter me. And I hardly know how the rest of my prayers would survive if those for the dead were forbidden. At our age the majority of those we love best are dead. What sort of intercourse with God could I have if what I love best were unmentionable to Him? . . . .

Our souls demand Purgatory, don’t they? Would it not break the heart if God said to us, “It is true, my son, that your breath smells and your rags drip with mud and slime, but we are charitable here and no one will upbraid you with these things, nor draw away from you. Enter into the joy.”? Should we not reply, “With submission, sir, and if there is no objection, I’d rather be cleaned first.” “It may hurt, you know”—”Even so, sir.”

I assume that the process of purification will normally involve suffering. Partly from tradition; partly because most real good that has been done me in this life has involved it. But I don’t think suffering is the purpose of the purgation. . . .

In the holy Mass for All Souls’ Day, we pray after communion:

Grant we pray, O Lord, that your departed servants, for whom we have celebrated this paschal Sacrament, may pass over to a dwelling place of light and peace. Through Christ our Lord. (Roman Missal)

It is reasonable to assume that most people who die do so in a state of imperfect love for God, burdened by some level of attachment to sin. Today and tomorrow remember the faithful departed whose journey of cleansing in Purgatory is sped along by your prayers. It is your Christian duty as a member of Christ’s body to apply your holy prayers before God to their holy cleansing carried out by God. Finally, when they enter the Eternal Banquet in Christ—and all who reside in the state of Purgatory will do so—they will return the favor and pray on your behalf.