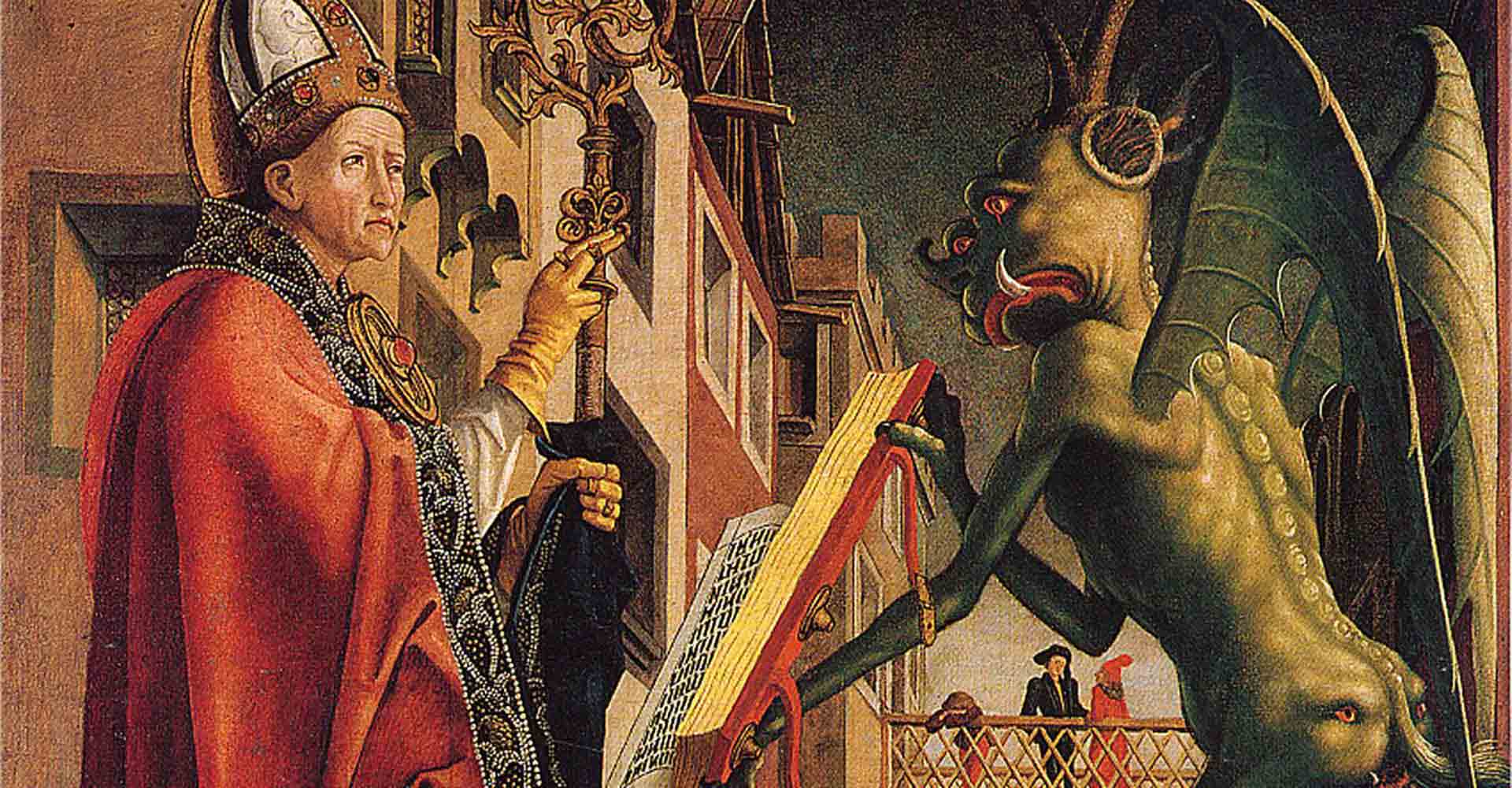 Satan is a personal, powerful spiritual being who desires to lead souls to hell.

In our gospel for today (Lk 4:38-44), we once again hear about Jesus’ rebuking and exorcising demons. In fact, in the gospels we find many references to the devil, otherwise known as Satan (a name which means in Hebrew “enemy” or “adversary”), whom Jesus calls a “liar” and the “Father of Lies” (John 8:44), and his cohorts, the other fallen angels commonly referred to as “demons.” Jesus’ ability to command these spiritual, demonic beings is strong evidence of his divine power and authority.

But what do we know about the devil? A great deal, actually. Satan is a personal, spiritual (non-corporeal) being whose power of intellect and strength of will far exceeds that of man. We might draw an analogy of this difference between the intellectual powers of a child and those of a full grown, highly educated adult; however, such an analogy falls exceedingly short of articulating the angelic/human gap with any accuracy. At his point of creation, Satan was known as Lucifer, which means “bearer of light,” a good and beautiful angel made by God (CCC 391). His prideful and envious refusal to submit to God at the time he was created (prior to the creation of man, commonly referred to as aeviternity) was a radical rejection of God’s reign (CCC 392), causing him to be separated from God and his love, and thus cast from the heavens (see Rev. 12:7 ff.). Jesus reports to his disciples that he “watched Satan fall from heaven like a flash of lightning” (Lk 10:18). A vast number of other angels aligned themselves with Satan and fell as well.

Sign up for Joy In Truth’s newsletter (form on the right side) and receive free a quick reference guide on the devil’s tactics!

Given his dangerous power, people often ask, why would God create such an evil being as Satan? This question incorrectly presumes God created Satan in his current, diabolical state. However, that is not the case. Satan and the other fallen angels were “created naturally good by God, but they became evil by their own doing” (Lateran Council IV). God created the angels, all of them, as powerful, beautiful and free spiritual creatures, capable of choosing good or evil. By rejecting God and his plan of love, they corrupted themselves, choosing the path of evil and darkness in opposition to God’s path of light.

Perhaps the most important piece of information we should know about Satan and the other demons is they hate Christ and desire little more than to lead souls away from the salvation he offers into eternal damnation. Therefore they do remain to some degree a threat.

A number of people today find themselves in serious—often terrifying—spiritual trouble with the devil and/or demons through possession and/or obsession. This often happens because they don’t take Satan seriously, ascribe to New Age beliefs, seek some power or advantage from spiritual beings, engage in satanic ritual or worship, or think the realm of spirits is something to be toyed with as a kind of game. Further, when people allow their faith to become tepid, the devil often gives them his attention in an effort to draw them into mortal sin, resulting in the subsequent loss of God. Although the devil has no ultimate power over our soul, and can possess people only after he’s been invited to do so, there are a variety of ways in which people can give an invitation to demonic influence, such as obsession, which, although significantly less serious than demonic possession, is nevertheless very problematic.

Satan does not stop at merely harassing people individually. His diabolical activity is of a wider scope, and is behind a great deal of the evil we see in the world, such as is found in the “culture of death,” war, the attacks on religious freedom, the sanctity of marriage and the traditional family structure as the founding cell of society, to name only a few.

From the Catechism of the Catholic Church:

The power of Satan is, nonetheless, not infinite. He is only a creature, powerful from the fact that he is pure spirit, but still a creature. He cannot prevent the building up of God’s reign. Although Satan may act in the world out of hatred for God and his kingdom in Christ Jesus, and although his action may cause grave injuries—of a spiritual nature and, indirectly, even of a physical nature—to each man and to society, the action is permitted by divine providence which with strength and gentleness guides human and cosmic history. It is a great mystery that providence should permit diabolical activity, but “we know that in everything God works for good with those who love him.” (395)

The best weapon against Satan and the demons is an intimate relationship of communion with Christ, frequent Christian prayer, the sacraments of the Church received in faith, especially Confession and Eucharist, and living a life of holiness according to gospel values. Above all, don’t mess with Satan. Don’t ever enlist the help of spiritual beings. Don’t play around with Ouija boards and the like. These are some of the invitations demons use to their advantage to force their way in, latch on to the soul with a malicious grip difficult to dislodge, and attempt to assert their diabolical will against the love of God.