The Incarnate Word is the central Story of human History, being its Cause and its Reason.

Life is the mystery that humans face before the contemplation of the human condition, engaged in its virulent struggle for life, its combat for existence in the affirmation of their rights. The Cross, in the Death of Jesus Christ, manifests a mystery hidden in Eternity in the Thought of the Eternal Father that stands to be comprehended: Existence is a momentous paradox that is evidenced in its binary character revealed in the sempiternal confrontation between Good and Evil, Light and Darkness, Reason and Logic, God and Lucifer, Life and Death, freedom and chaos. A paradox that demonstrates the fact that life is a mystery that is beyond the capacity of expression of human language, in its apprehension of reality and its catalogue of the universe; in the activity of human science, is fulfilled the enterprise of discovery and the demands of reason for observation, analysis, and attentive study of the features of reality itself that maintain in the favored creature that affinity for wonder before the miracle of existence and the inexhaustible universe of meaning that remains for exploration.

The mystery of life remains to be resolved, and a comprehension into its reality is granted under the truth of story. In a sense, stories are the foundation of life. Life is composed of these universal realities that progress its march towards Wisdom and the finality of existence. Sacred Scripture is a collection of an Old Testament and a New Testament that testify to the Story of the Incarnate Word, Jesus Christ, the Son of God. St. Jerome, a 4th-century saint who translated the Bible into the Latin Vulgate, is famous for the phrase “ignorance of scripture, is ignorance of Christ.” All of Sacred Scripture speaks of God, of the Holy Trinity; more particularly, it treats of Christ, Who is the Incarnate Word and the Head of the human race, the new Adam in Whom humanity is regenerated and in Whom Creation finds its fulfillment; eminently, Christ is the Wisdom of the Father and Creation is progressing towards the fullness of the stature of Christ, that state in which ignorance no longer subsists, but rather, in which humanity has reached the predestined state of a fullness and completion of existence, through the experience of suffering, and the teaching of the Catholic Church, universal Teacher of the Nations. The Story of the Incarnate Word is thus, in some sense, the Cause of Creation for it is from the obedience of the Word that Creation derives its Reason for being, in anticipation of that Revelation of the Son of God that is the Coming of the Messiah into the world in order to redeem man from the inheritance of Original Sin. 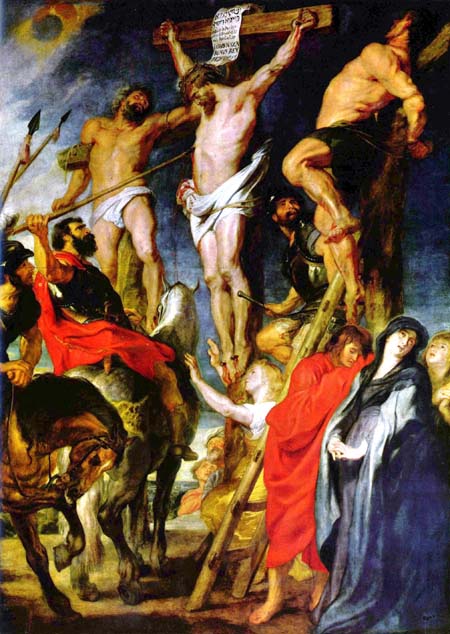 Stories are the driving force behind the movement of History, and the pre-eminent Story is that of Jesus Christ, of God among men, whose sole purpose on the Earth during His terrestrial existence was to die in order to found a Church and liberate man from the burden of Sin, restoring thus, on His Cross, which is a Ladder to Heaven, the friendship between God and man, repairing by His Perfect Sacrifice and Immolation on His Throne as King the Divine Honor. Stories are the mechanistic powers that influence human destiny, whose predestination originates from sexual reproduction, that is, the formation of a new human person by God in the co-operation of two opposite-sex parents, male and female. History is in truth, a Tribunal as demonstrated by the Tribunal of the Incarnate Word during His Time of Testimony before the Jews that ended in the Scandal of the Cross: the Tribunal that is a mise en scene of antagonistic elements, before the Court of Heaven, Christ standing as the Head of humanity offers Himself for its Sin and thus wins redemption. The story of a young girl who received visions from Heaven in order to save France from oppression. The story of a bishop from Africa who labored to solve the riddle of the Holy Trinity walking on the sands of the beach, a man who would lay the theological foundations of Catholicism for centuries to come. The story of a priest, an Italian mystic for post-modernity who captivated hearts with an odor of holiness and the scent of the supernatural.

Human beings are stories that take their starting point in Time, and that evolve through the aptitude of learning and the education of culture which help to determine man’s destiny and orient him towards his end: God. Living stories, stories in motion, that paint in Time, in the milieu of History, the Story of the Word, Who is the Substance of the human condition; in the Eucharistic Bread, the Story is transubstantiated into a Poem of Love, a promise of fidelity in a covenant that is the Grace of God towards man and the certainty that the creature is destined towards glory, in resurrection, and the Kingdom of Eternity. In these universal realities, are hidden metaphysical pearls that punctuate reality with their beauty, adorning the human condition and granting the creature the strength to bear in the patience of God, the labor of survival, the toil of existence, the struggle for life forming thus, the dignity of the human person who seeks the ultimate meaning to all the questions that mar his being and occupy his mind: the Word is the Story of God in love with the finitude of Creation and the transitory now of Time.