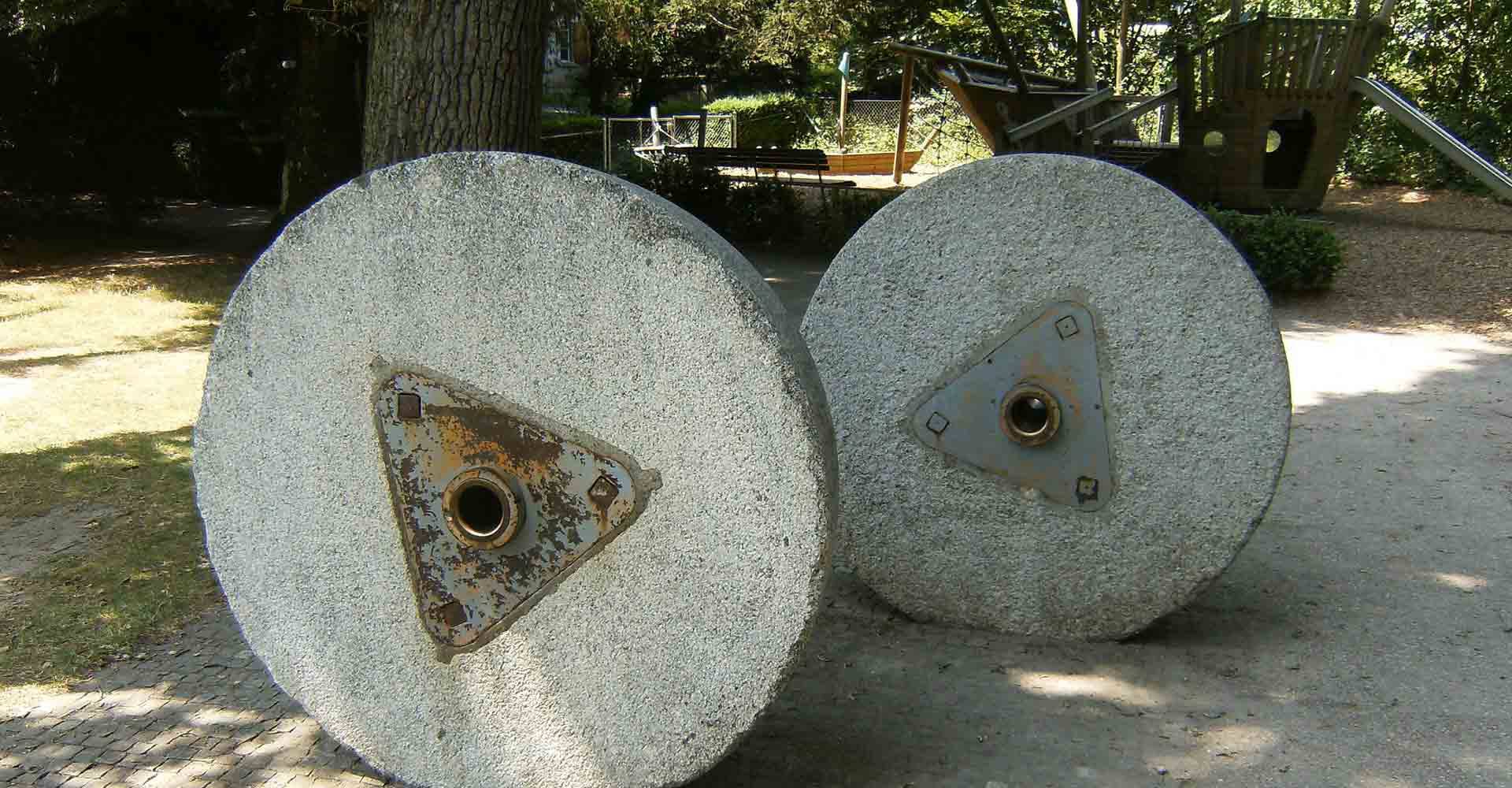 It’s a convenient, easy, worldly and “New-Agie” thing to do—making God “easy to get along with” or viewing him in a “nice” unchallenging way. But it’s not a virtuous or spiritually intelligent thing to do. It’s not a wise thing to do. Nor is it a loving thing to do. Worse yet, it can lead to the sin of scandal.

In our gospel today (Mk 9:41-50), Jesus speaks about the danger of the sin of scandal. Here’s an excerpt from the first few verses:

Anyone who gives you a cup of water to drink because you bear the name of Christ will by no means lose their reward. If any of you put a stumbling block before one of these little ones who believe in me, it would be better for you if a great millstone were hung around your neck and you were thrown into the sea. If your hand causes you to stumble, cut it off; it is better for you to enter life maimed than to have two hands and to go to hell, to the unquenchable fire.

First, a little background. There are lots of people today who envision Jesus (God) as a kind of benevolent, sweet teddy-bear in the sky. It’s what I call the “Teddy-Bear God.” It’s a view that over-emphasizes God’s loving mercy while, at the same time, conveniently overlooks God’s justice and the consequences of sin, which can be severe if of a grave nature and left unrepentant unto death. But Jesus is no “unprincipled nice-guy in the sky” who is concerned only with “going along to get along.” No, Jesus is not that kind of Person. That’s not who God is.

Yes, Jesus Christ is love and mercy. All praise to you, Lord! However, he is also truth, justice and goodness, and these divine attributes cannot be subdivided, separated out and isolated as if one has more to do with the nature of Christ than the other. God is absolute and perfect love, mercy, goodness, truth, and justice. So too is Jesus because he is fully divine and fully human. He is not 100% love and 10% justice or vice-versa. God’s love is not a permissive kind of love that simply dismisses intentional sin, attitudes heedless of the truth or the moral indifference so prevalent in America today. The dogma of the age is found in reletavizing nearly everything, including God. Men attempt to project their manufactured image of God onto God, making him into a human invention to suit their liking.

It’s a convenient, easy, worldly and “New-Agie” thing to do—making God “easy to get along with” or viewing him in a “nice” unchallenging way. But it’s not a virtuous or spiritually intelligent thing to do. It’s not a wise thing to do. Nor is it a loving thing to do. To love God is to entrust ourselves to him, not, on the other hand, attempt to shape him into a stripped-down, imperfect version of ourselves. Today’s New-Age, watered-down “God” is non-threatening, soft, imperfect and, to be blunt, a god that is not worth anyone’s attention, devotion or worship. Consequently, it’s one reason why so many young people are losing their faith.

The fact is, there’s no reason to give one’s life to a meaningless god or a god of no meaning.

Jesus calls us to a radical repentance and thus to live in a new kind of way, as he said, “Be perfect, as your heavenly Father is perfect” (Mt 5:48). Jesus calls us—obligates us, in fact—to live the gospel life of holiness in union with him. This means cultivating a hate for sin, including the sin of scandal.

In today’s gospel, Jesus warns against placing a stumbling block in front of those who belong to him. He tells us: “If any of you put a stumbling block before one of these little ones who believe in me, it would be better for you if a great millstone were hung around your neck and you were thrown into the sea.”

Perhaps you’re familiar with millstones? In ancient times, they could weigh about 3/4 of a ton. Not something you’d want tied around your neck while trying to stay afloat in the sea! The words of our Lord Jesus Christ about stumbling blocks and millstones speak directly to the sin of scandal and its corresponding punishment. What is scandal?

Scandal takes on a particular gravity by reason of the authority of those who cause it or the weakness of those who are scandalized. It prompted our Lord to utter this curse: “Whoever causes one of these little ones who believe in me to sin, it would be better for him to have a great millstone fastened round his neck and to be drowned in the depth of the sea.” Scandal is grave when given by those who by nature or office are obliged to teach and educate others. Jesus reproaches the scribes and Pharisees on this account: he likens them to wolves in sheep’s clothing. Scandal can be provoked by laws or institutions, by fashion or opinion.

Therefore, they are guilty of scandal who establish laws or social structures leading to the decline of morals and the corruption of religious practice, or to “social conditions that, intentionally or not, make Christian conduct and obedience to the Commandments difficult and practically impossible.” This is also true of business leaders who make rules encouraging fraud, teachers who provoke their children to anger, or manipulators of public opinion who turn it away from moral value.

Anyone who uses the power at his disposal in such a way that it leads others to do wrong becomes guilty of scandal and responsible for the evil that he has directly or indirectly encouraged. “Temptations to sin are sure to come; but woe to him by whom they come!” (CCC 2284-2287)

Anytime a Catholic intentionally disregards the teaching of Christ transmitted through his Church and gives the impression that doing so is acceptable or laudable, potentially leading others to do the same, he risks causing scandal. There are many examples of this today. Some cases of scandal are more severe than others, of course. Examples include cohabitation, rejecting the Church’s precepts and laws such as the requirement to validly marry in the Church, attending Protestant worship services and receiving their version of communion, receiving the Eucharist at Mass unworthily in front of others who are aware of a person’s public, grave sin in contradiction to the gospel and Church teaching (a few Catholic anti-life politicians come to mind), gossiping, profaning holy things, careless or sinful language, etc.

The list is long. The good news is that Christ has died for our sins, redeemed us before the Father, and offers us the free gifts of his healing mercy and grace in order to move us to stop causing scandal and live the life of holiness to which all people are called. That is to say, we have the help of the Tripersonal God to refrain from causing scandal. A new kind of life in union with Christ is as close as the sacrament of reconciliation (a.k.a. confession, forgiveness, penance). We can all start today.

We must pray for Christ’s mercy and the grace necessary to help lead us into a radical repentance so as to avoid scandalizing others. This repentance should be a reorientation of one’s life in which we give up old ways and live entirely in Christ, through the Holy Spirit, with God the Father.