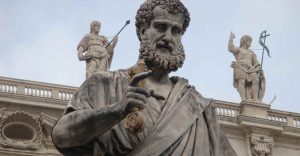 Peter and the Papacy: In today’s gospel, Jesus takes Peter back to that moment in time when, at a charcoal fire, he denied him three times. But now, before this new charcoal fire, things are very different. 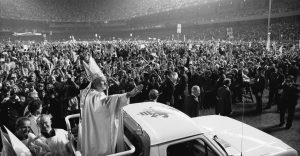 St. John Paul II, through his love for Jesus, and through his love for Mary whose “fiat” brought Mercy into the world, will be remembered as a humble and living image of what we all seek. His words, his careful and masterful teaching of the mysteries of Christ’s life, will continue to echo in our hearts and lives. 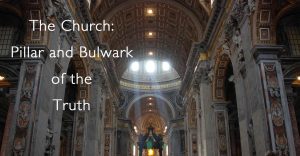 I’m well aware of the turmoil, conflict and division that has reared its ugly head during the reign of Pope Francis. Even so, I thank the Lord Jesus Christ for the papacy and the hierarchical structure of the Spirit-guided Church. 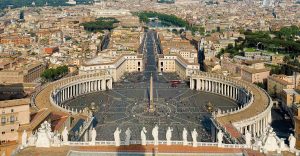 It was bishop Fulton J. Sheen who said, “There are not one hundred people in the United States who hate The Catholic Church, but there are millions who hate what they wrongly perceive the Catholic Church to be.” It is helpful to contemplate how the Church came to exist, and the price our Lord paid to give birth to her. 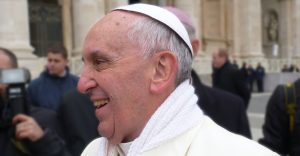 Whole civilizations have appeared and vanished, wars have begun and ended, but the Church remains, moving ahead along a timeline that stretches not simply into the future but into an eternity filled with the indescribable glory of unending, blessed communion with God. That the election of a pope is nothing new is clear. Nevertheless, it is interesting how an important event in the life of the Church, such as the election of Pope Francis, commands the world’s attention—albeit temporarily.