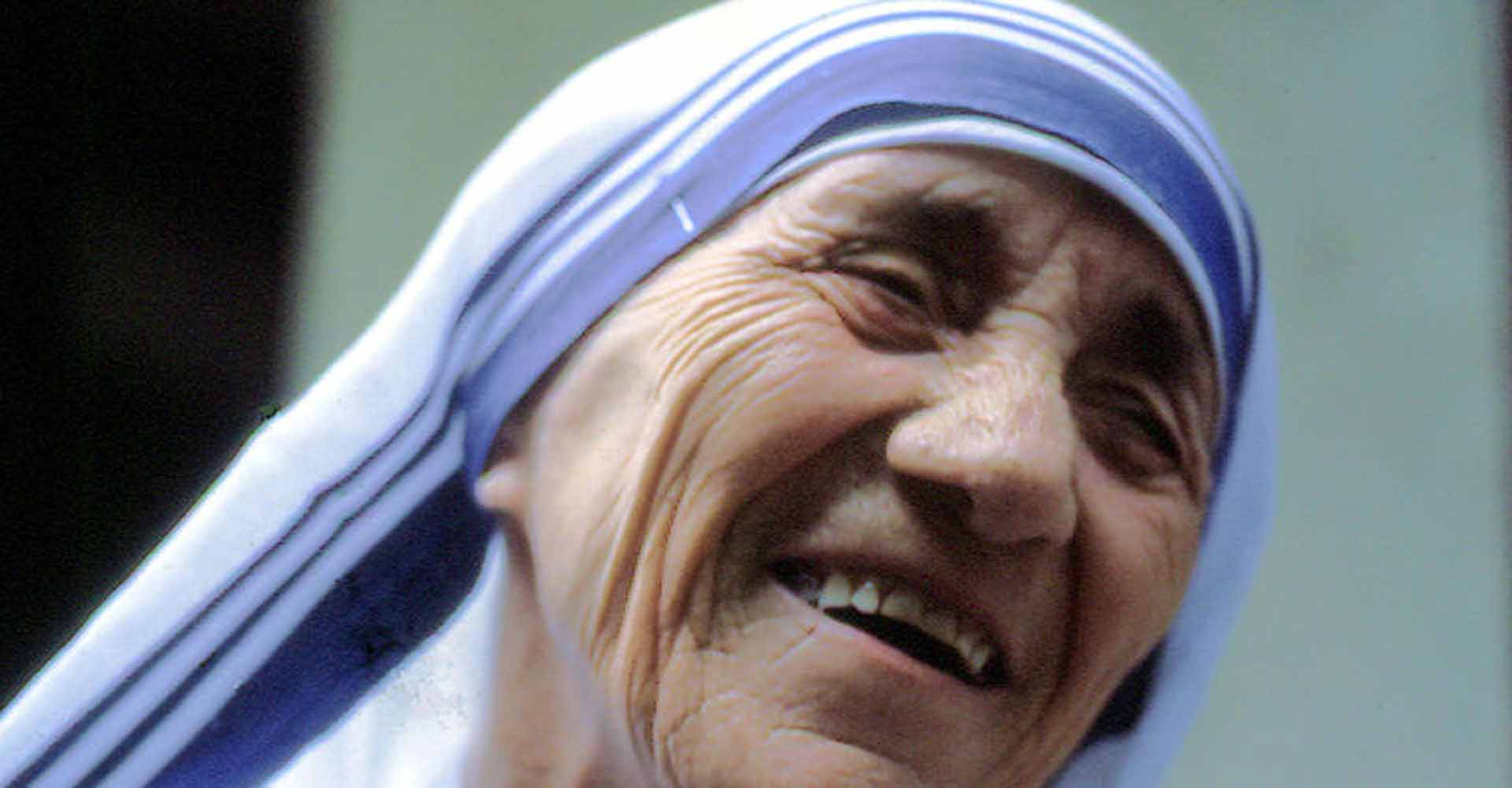 Pope Francis urges Christians to go forth and offer everyone the life of Jesus Christ. He “prefers a Church which is bruised, hurting and dirty because it has been out on the streets.”

The Beatitudes represent the central programme of spiritual growth in the Gospel of Christ. They are an exposition of the spiritual life in the Christian in accordance, as St. Augustine states in his Commentary on the sermon on the mount, to the operation of the gifts of the Holy Spirit, the Holy Ghost, Sanctifier and Paraclete. Humility and poverty of spirit are the foundation of the whole spiritual edifice leading to the perfection of martyrdom accepted in charity and self-denying love for the name of Jesus Christ.

Pope Francis, this revolutionary of the Gospel, has revealed on many occasions, his predilection for the poor and his injunction to the faithful, to “go out, head for the peripheries”:

Let us go forth, then, let us go forth to offer everyone the life of Jesus Christ. Here I repeat for the entire Church what I have often said to the priests and laity of Buenos Aires: I prefer a Church which is bruised, hurting and dirty because it has been out on the streets, rather than a Church which is unhealthy from being confined and from clinging to its own security. I do not want a Church concerned with being at the center and which then ends by being caught up in a web of obsessions and procedures. If something should rightly disturb us and trouble our consciences, it is the fact that so many of our brothers and sisters are living without the strength, light and consolation born of friendship with Jesus Christ, without a community of faith to support them, without meaning and a goal in life. More than by fear of going astray, my hope is that we will be moved by the fear of remaining shut up within structures which give us a false sense of security, within rules which make us harsh judges, within habits which make us feel safe, while at our door people are starving and Jesus does not tire of saying to us: “Give them something to eat.” (Evangelii Gaudium 49; Mk 6:37)

Francis has laid out his vision of the Church as “a field hospital after battle” that is dedicated to healing wounds. The Pope wants a Church that is welcoming to everyone and that is inclusive. He preaches mercy and openness.

It is certain that the Catholic Church is in need of simplicity, and the contemporary world is in the quest for a society that lives out the Gospel in its authenticity. In this regard, the shepherds of the Church have the great duty to live out the royal and total demands of Christ, the demands of His Gospel, of His Kingdom. As a sure matter, it appears that Catholicism in its activity, has grown complacent in its obligation to live in its integrity the Teachings of the Christ: the faithful laity seem to have submitted to the world, its pattern of thought, attitude and sentiment, and seem indifferent to the plights of the neighbor. A Catholic living out the obligation of Charity in Truth would constitute a charming example of what the message of Christianity is when lived ardently in concrete authenticity.

The world, in general, seems to be in a lack of spiritual vision, a void that, in truth, Pope Francis has clearly recognized. Politics has become the field of the secular evangelization that promotes a faith in progress expressed in terms of tolerance, equality, and a new public morality built on the foundations of relativism, utilitarianism, and subjectivism or egotism. The response of the Christian religion ought to be the incarnation of faith into life into culture, for this is precisely what is lacking in the current climate since secularism, based on the separation of church and state, bears a way of life in which the moral statutes of faith are divorced from their influence, their exercise, and their application in public life. Hence, if Christianity is to extend once again as the Light of the world, and the salt of the Earth, it necessitates a true social and cultural expression standing in contraposition to the behemoth secular culture.

A behemoth indeed. Though secular culture lauds the achievements of the human spirit in its ideals of liberty, equality, and fraternity and the advances of reason in its pursuit of science and technical mastery, it is reductively materialist and in truth, acts in progress without a final spiritual aim, which would direct the personal forces of man and satisfy the existential vacuum produced as a result of the “Death of God,” the political and the cultural death of religion and the abolition of moral values. This materialism is evident in its consumerism that promotes the peace-meal consumption of good without a rational end – except that of the satisfaction of sensual desires and the vanity of behaving according to the appearances – that would be its objective frame of reference, and in its entertainment culture, this massive network of material recreation that canalizes an extravagant amount of monetary capital and technical resources in order to express with the elegance of art and the sophistication of science the base impulses and the sensual drives of concupiscent human nature. To sum, it is squandering excess expressed in material and moral regress, that is, cultural decay.

Technical achievement is, with certitude, a mark of human progress. However, it becomes a force for human regress and moral devolution when it acts and is not subjected to a virtuous end, which is the education of man in accordance to the law of conscience, of social responsibility, and of spiritual love.

Pope Francis’ remarks unveil the signs of the present times. In short, the world is in need of simplification, and the Church, is in need of charity. Yet, charity degenerates into mere idealism, humanitarianism, and above all, sentimentality, when it is not animated with agape love, that love for the brothers and sisters that urges the Christian to sacrifice, and even to the sacrifice of one’s life, as St. Maximilian Kolbe during the Second World War; a love, in fact, that loves in Truth, that recognizes the truth of the Christ hidden behind the face of the poor, the limb of the infirm, the wound of the sick. Only when charity is united truth, Christian Truth: of the exclusivity of religious dogma, of the universality of Catholic truth, of the beneficence of Christian love, is it possible for Christianity to be incarnate in Catholic society, a Catholic culture.

Contemporary civilization substitutes the cinema for alms, the amusement park for Church, and the television for prayer. It is time for the Christian to reclaim Catholic culture and present again the Faith in the beauty of its simplicity, and the universality of its Teaching. Francis wants a Church that is inclusive and open to the world. This does not mean uncritical acceptance of worldly ideals and programs, nor a sellout of the Christian faith under the pressures of a secular agenda, but rather a critical acceptance of what is authentically good, alongside an ardent evangelization that labors to heal, elevate and ennoble those elements of culture in need of transformation.

The Church of the Poor is the Church of the Christ united around Peter, living in simplicity the demands of the Gospel; a Church that comforts those who mourn, and restores those who sin through the grace and forgiveness made available by the sacrament of Penance and the communication of truth; a Church that heals the sick in mind, body, and spirit, and urges those who are confirmed in the sickness of rationalism, materialism, and naturalism to repentance and a new manner of living in harmony with God’s plan; a Church that is not afraid to lose on worldly terms in order to gain eternal life on the terms of God; a Church that extols poverty, lives in the life of chastity, and celebrates the incarnational virtue of obedience.

The Beatitudes serve as the path towards holiness of life and sanctity of virtue. The perfection of the spiritual life is achieved through the practice of these wise counsels which orient the believer in hope, towards a destiny that is Beatific: the intellectual contemplation of the Divine Essence.