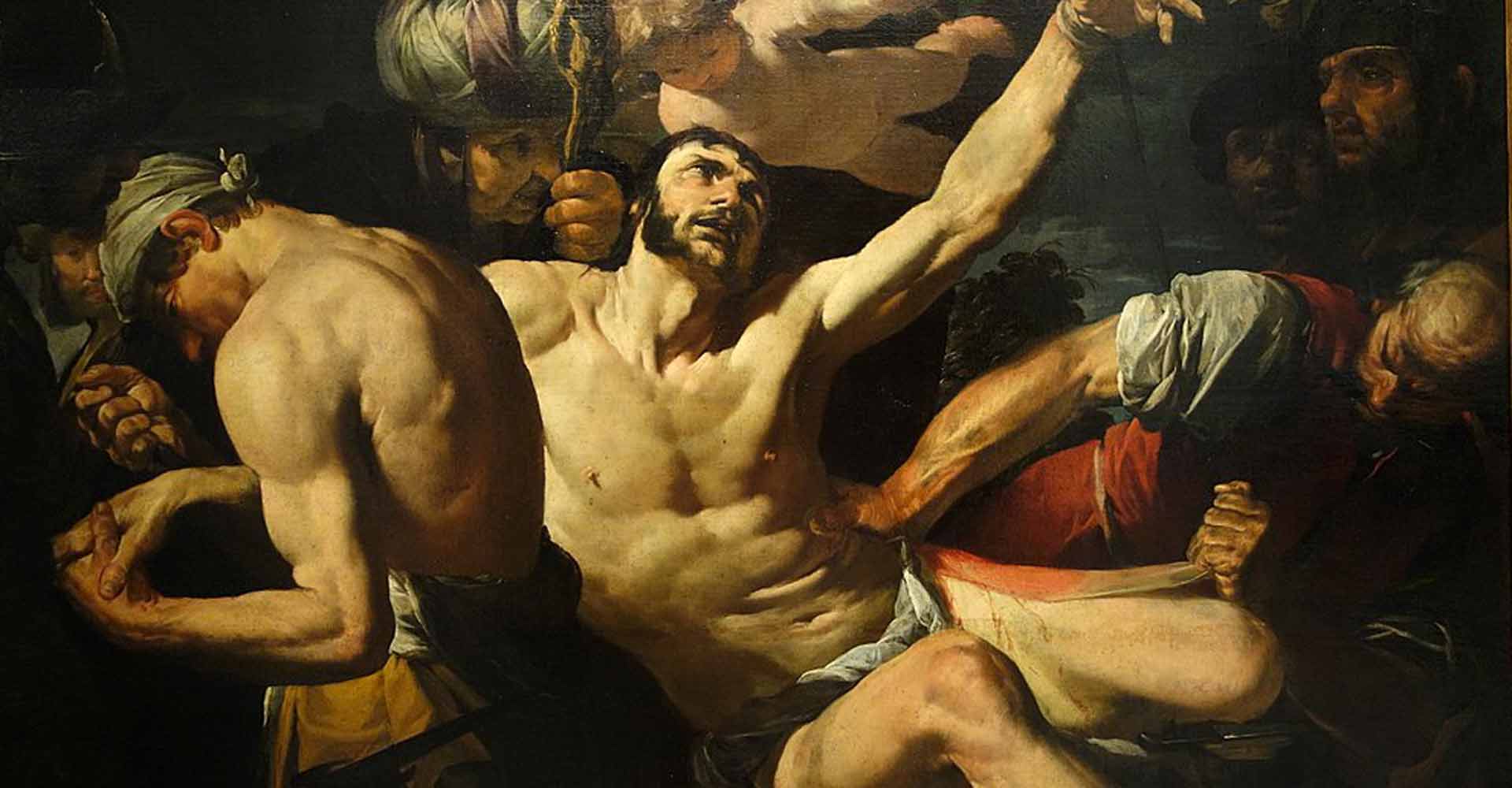 The deplorable, criminal actions of some bishops and priests may tempt us to say to Christ, “I’m still your follower but I’ve had enough of the corruption in the Church. I’m leaving.” However, there’s a serious problem with that attitude.

We all face challenges to our faith. Faith is like a muscle, it has to be exercised, strengthened so as to become a fortress against its enemies. If it’s not, it can be easily injured and overrun. The virtue of faith, like all the virtues, requires practice and a continual renewal of personal commitment. It has to be exercised in order to resolutely stand against the many challenges and difficulties we face today that arrive in the form of various attacks against the faith seeking to destroy our defenses and turn us away from the path Christ has prepared for his followers. When faced with difficult challenges, people are often tempted to give up, to surrender the spiritual battle and go their own way or to decide that they “know better” than Christ. When people give in to these temptations, they suffer defeat: they let go of some article of faith; they no longer believe fully and completely in what God has revealed in its fullness through Jesus Christ.

The clergy sexual abuse crisis, which has reared its ugly head yet again as outlined in the recent Grand Jury report, is like that. The deplorable, criminal actions of some bishops and priests may tempt us to give up on the Church and to go our own way. It may tempt us to say to Christ, “I’m still your follower but I’ve had enough of the corruption in the Church. I’m leaving.”

However, there’s a problem with that kind of attitude: It’s contrary to the virtue of faith, since the theological virtue of faith grounds us in the truth of the Church. By faith we believe the Church because, in faith, we believe all that Christ has said and done. Therefore we believe the Church is instituted by him and sustained by him (see Mt 16:17-19). The Church is Christ’s mystical and physical body; in her, the fullness of truth subsists; she is the visible instrument of God’s invisible grace at work in the world and is, therefore, the sacrament of salvation. She is God the Father’s preordained “pillar and bulwark of the truth” (1 Tim 3:15) through which the fullest means of salvation is made available to humankind. She is the Spirit-guided community founded by Christ himself who conveys to the faithful the words of truth and the sacraments of life.

To abandon the Church is to abandon Christ himself. As despicable as the sexual crimes of some bishops and priests are, and while I pray for the victims and for purification of the Church, I’m going to stay. I’m going to remain with Jesus in the heart of his Church. How about you?

Every Catholic should be prepared to answer questions about the clerical abuse crisis. Here are a few suggestions:

1. Agree that the clergy involved have committed heinous crimes and should be punished to the fullest extent under the law.

2. It’s appropriate to show a level of just anger over these crimes and in concern for the thousands of victims involved. We are saddened, shocked, and outraged—and rightly so. Our hearts go out to the victims. This crisis demands justice.

3. Avoid pointing out that sexual abuse occurs in other sectors of society, often claimed to be at higher incident rates. Although that is true, doing so appears to be a diversionary tactic. It’s not helpful at the moment. We want repentance, conversion, justice, and purification of the Church so as to keep minors safe from predatory priests and bishops.

4. Take concrete action. Write to your bishop. Insist on allowing panels of lay experts and law enforcement personnel to investigate EVERY diocese and examine ALL records for signs of abuse and/or coverups. We need to know who did what, who knew what, and who attempted to hide it.

5. Pray for the victims and in reparation for the crimes of the perpetrators. Engage in acts of voluntary penance for the sake of all involved and for the entire Church.

6. Familiarize yourself with some of the details, such as, for example, the research done by the John Jay College of Criminal Justice for the USCCB (covering a period from 1950 to 2002) that concluded 81 percent of the victims of clergy sexual abuse were young males. What does this data mean, exactly? Many point to the abuse problem as a homosexual-clergy problem. If we’re going to fix things, we need to know and understand the causes. I suggest you look at some of the studies done and analyses of the same in order to form a sound conclusion. You might begin by going here and here.

7. Do not lose hope. Christ promised that the gates of hell would never prevail against his Church (see Mt 16:17-19). When worldly-minded people ask, “In light of the corruption in the Church, why would you continue to remain Catholic?” You might consider this response: “Why would I abandon Christ because of Judas Iscariot?” The fact is, there’s always been corruption in the Church. This is not to be taken in any way as making light of the clergy abuse crisis. It’s simply a fact of fallen humankind: men are sinners.

The sexual abuse crisis will tempt many to jettison their practice of faith in the Church. Many will do just that. Also, countless others will be tempted to use it as a way to justify remaining outside of full communion with the Bride of Christ. St. Basil the Great reminds us that Christians, strengthened by the grace of Christ, are not ones to give in to temptation. Resisting temptation builds spiritual character and virtue: “As the pilot of a vessel is tried in the storm, as the wrestler is tried in the ring, the soldier in the battle, and the hero in adversity, so is the Christian tried in temptation.”

Above is depicted the martyrdom of St. Bartholomew, Apostle, whose feast day is today. Tradition has it that he was flayed alive and then beheaded. He died for the sake of his love for Christ, the gospel, and the Church, although even in his day there were betrayers such as Judas Iscariot.