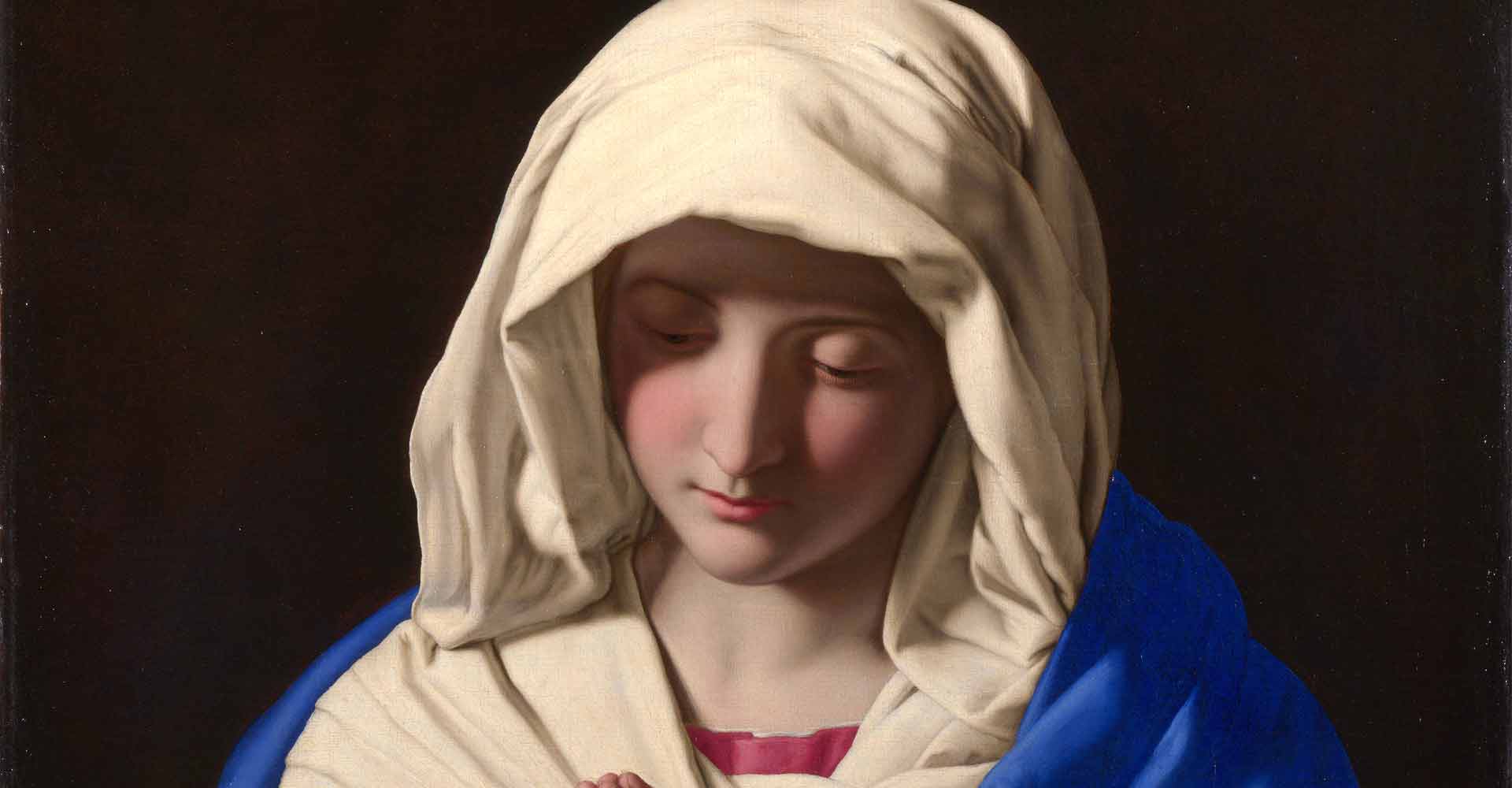 The Immaculate Conception: Mary is concieved free from the stain of original sin by virtue of a singular grace from Christ.

The Catechism of the Catholic Church explains: “What the Catholic faith believes about Mary is based on what it believes about Christ, and what it teaches about Mary illumines in turn its faith in Christ” (487). The Virgin Mary, as Mother of God, constantly illumines her Son with the very light which he himself has provided her. She is the sinless Christian par excellence whose fiat brought salvation into the world, and whose prayers as Mother of the Church draw us into deeper union with our Savior.

The dogma of the Immaculate Conception confesses that Mary, “full of grace” through God, was redeemed from the moment of her conception (cf. CCC 491). In simple terms, this means that from the very instant Mary was conceived in her mother’s womb she was preserved immune from original sin. This was accomplished by the merits of Jesus Christ, the Redeemer.

Original sin is the stain of sin the human race inherited from its first parents, Adam and Eve, when, in an act of disobedience to God, they sinned in the garden. The Catechism reminds us that original sin is contracted, not committed by Adam and Eve’s descendants. It is therefore not a personal sin for which an individual is guilty. However, original sin affects humankind collectively, resulting in a disfigured or wounded human nature and a tendency to commit sin. Additionally, it resulted in a deprivation of sanctifying grace, which points to the importance and ordinary necessity of the sacrament of baptism.

The angel Gabriel, in his annunciation to Mary, salutes her as “full of grace” (cf. Lk 1:28; CCC 490). It was fitting that her womb be a pure and holy temple as the Incarnate God’s dwelling place prior to his birth in Bethlehem; therefore, by a “singular grace and privilege of almighty God,” the Blessed Mother of God was conceived without sin.

“The most Blessed Virgin Mary was, from the first moment of her conception, by a singular grace and privilege of almighty God and by virtue of the merits of Jesus Christ, Savior of the human race, preserved immune from all stain of original sin” (proclaimed by Pope Pius IX in 1854; cf. CCC 491; Pius IX, Ineffabilis Deus, 1854: DS 2803).