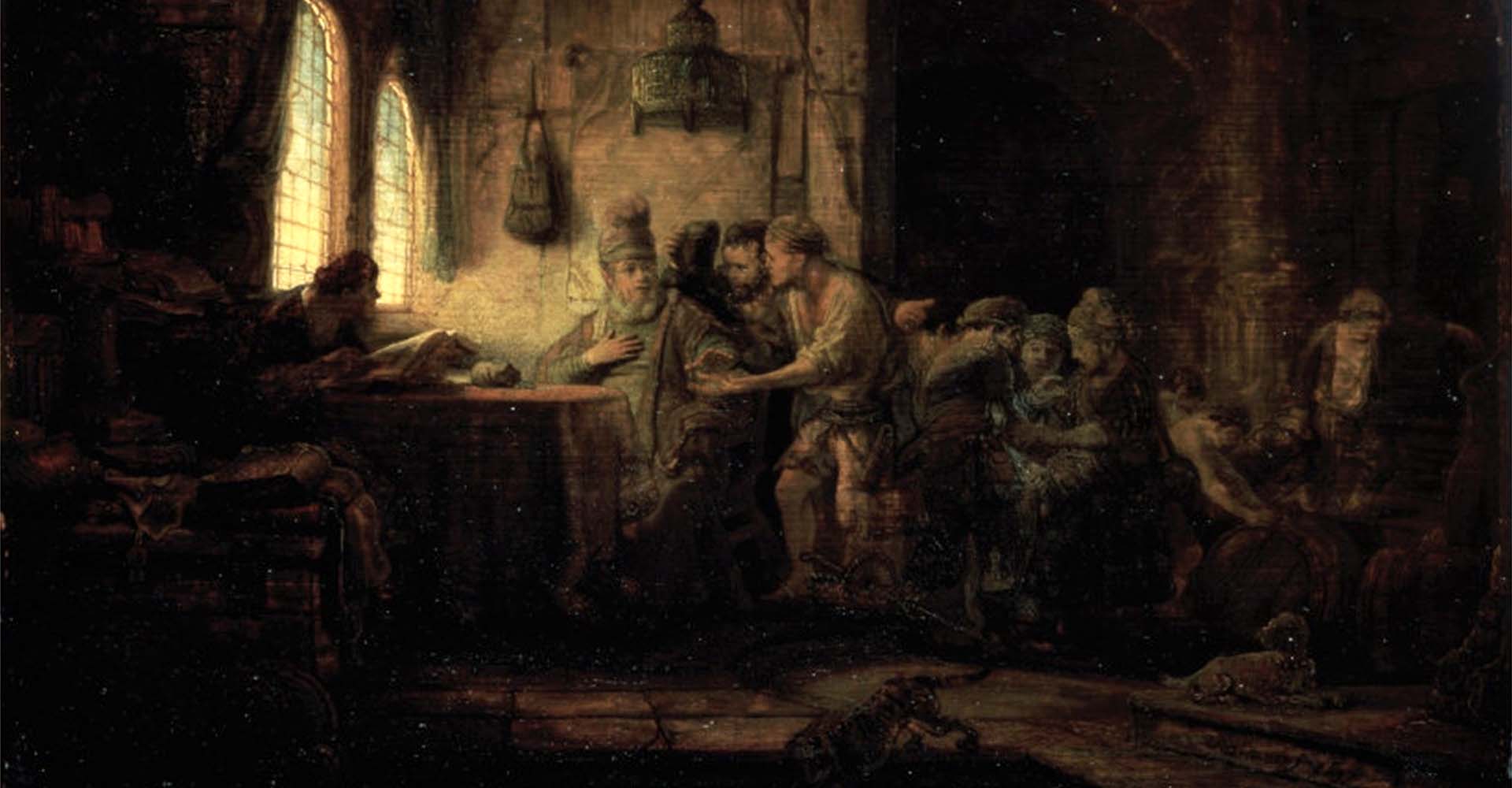 Reflecting on the parable of the workers in the vineyard.

In today’s gospel reading (Mt 20:1-16), Jesus tells a parable about the kingdom of heaven. The kingdom, says Jesus, is like a landowner who goes out at various hours during the day and hires workers for his vineyard. He tells the workers, “Go into my vineyard, and I will give you what is just.” The landowner even hires workers at the five o’clock hour, sending them also into his vineyard right before the end of the day.

According to the Torah, workers must be paid their wage at the close of each day—at sundown. The landowner does this, but something unexpected happens. He tells his foreman to summon the laborers, beginning with those who went to work in the vineyard last, who had labored for the shortest period of time. And, to the astonishment of those who had arrived earlier in the day, the landowner pays them the full daily wage.

Of course, those who had labored all day long expect to be paid more, and feel as if they’ve been treated unjustly: “These last ones worked only one hour, and you have made them equal to us, who bore the day’s burden and the heat,” they protest. However, the landowner responds:

My friend, I am not cheating you. Did you not agree with me for the usual daily wage? Take what is yours and go. What if I wish to give this last one the same as you? Or am I not free to do as I wish with my own money? Are you envious because I am generous?

Then Jesus finishes the parable saying, “Thus, the last will be first, and the first will be last.”

When we hear this parable through an American free-market and/or economistic lens, we think of things like hourly wages, labor laws, and financial contracts. In that view, yes, it seems the landowner has mistreated those who worked for a longer period. We can imagine the ruckus employees would create if this happened in today’s work setting. However, using this kind of secular interpretive lens, we miss the whole point of the parable.

On a basic level, the parable refers to the people Israel who were the Chosen People, given the promise and the prophets, called together by God that they would become his people in the New Temple: Jesus Christ. At the end of time, however, when the kingdom of God reaches its fulfillment, the Jews will find there are others included in the kingdom who entered last; namely, the Gentiles. These people, too, will receive the same reward of eternal life. Further, these latecomers may be honored by God first, while some of the Jews may be last. “Thus, the last will be first, and the first will be last.”

In an allegorical sense, the parable speaks of Christ, who is the landowner offering eternal life to those who work in his vineyard, bringing first themselves under his rule, then their families, neighborhoods, and societies for the purpose of building up the kingdom of Christ. All who enter this vineyard at the landowner’s invitation and labor therein will receive the generous and unfathomable gift of everlasting life.

But what about those who enter the vineyard early and labor many long years for Christ? Should they not receive a greater share? It is the teaching of the Church that our good work accomplished while in a state of grace for the Lord’s glory merits an increase in heavenly glory. This was the teaching of the ecumenical Council of Trent in the 16th century:

CANON XXXII.-If any one saith, that the good works of one that is justified are in such manner the gifts of God, as that they are not also the good merits of him that is justified; or, that the said justified, by the good works which he performs through the grace of God and the merit of Jesus Christ, whose [Page 49] living member he is, does not truly merit increase of grace, eternal life, and the attainment of that eternal life,-if so be, however, that he depart in grace,-and also an increase of glory; let him be anathema.

Once justified by grace working through faith in Christ, the good works we accomplish in charity, which God has himself prepared for us beforehand, merit an increase in heavenly glory, as we find in the teaching of St. Paul: God “will repay each person according to what they have done” (Rom 2:6). Sometimes people like to entertain the notion that everyone receives the same level of glory in heaven, and that so long as the vision of God is attained, there is absolutely no distinction to be made in the level of joy and happiness received. This incorrect view appeals to the complacent and those who presume glory without merit. It is a view that, in the end, makes God unjust, for it implies he treats everyone identically regardless of their greater or lesser love for his Son and the dedication in their lives given for the building up of his divine kingdom.

“Thus, the last will be first, and the first will be last.”

But why would the last workers in the vineyard be first, and the first workers last? This is a warning from Christ that applies to our intentions and dedication of life. Many Catholics and other Christians today live their faith nominally, carelessly, and with lukewarm hearts. They have not entrusted themselves fully to Jesus. They may even attend Mass each Sunday, but they do not enjoy a lively, intimate relationship of communion with Christ in which they have died to self for the sake of love for God. They do not intentionally apply their lives to building up Christ’s kingdom for his glory, as committed and life-long disciples. Rather, they may be living more for themselves and the world than for the love of God. As Pope St. John Paul II noted, they have “accepted a secular model of thinking and living,” and, therefore, “live a life far removed from Christ and his Gospel” (RM 33). If they die in a state of grace, they will attain heaven in the end; however, others who fully applied themselves with ardent love to work in the vineyard of Christ will receive the greater reward of glory in the next life—even if they did so at a later hour. The higher the love for Christ in the soul at death determines the supernatural glory received throughout eternity.

We should all reflect on our relationship with Christ and our level of dedication to working in his vineyard. Have I given myself over in self-entrustment to Jesus? Do I actively and consciously labor to first bring myself under the rule of his kingdom, and then extend that to my family, friends, neighborhood and the wider society in which I live? Do I labor with dedication and love to tend the vineyard of Christ and build up the kingdom of God? As a Christian, this is what I am called to do.

The landowner, who is Christ, has invited me into his vineyard. Will I go willingly and enthusiastically?