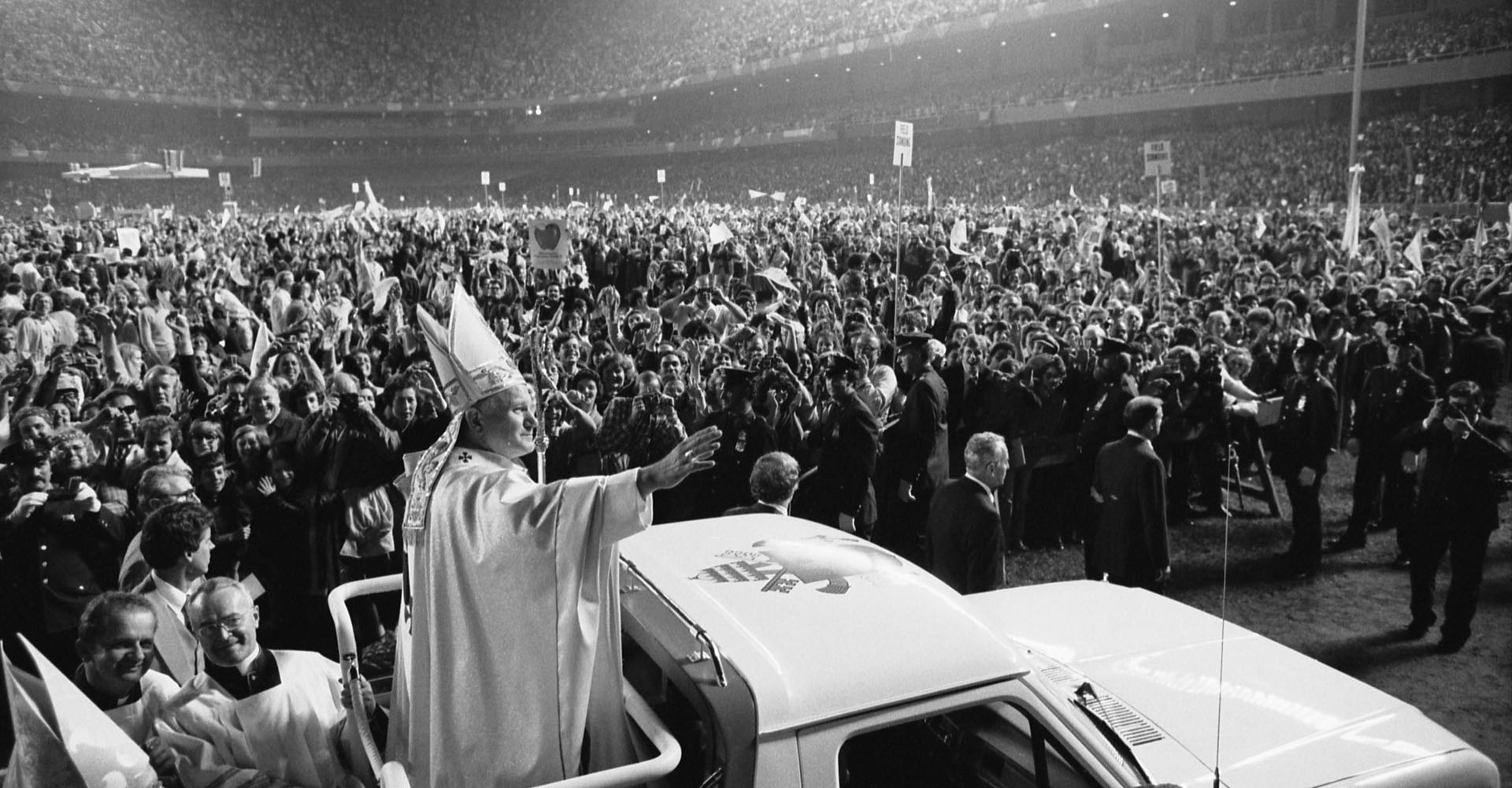 Catholics need to be carefully taught that the fullness of truth transmitted by the Church is an essential element in achieving authentic human fulfillment in true freedom and perfect happiness as members of the divine family of God.

Cardinal Timothy M. Dolan of New York recently wrote about the importance of viewing the U.S. as “mission” territory. He noted that Catholics in America must move from “keeping our faith to ourselves to letting it shine to others!” With those words, Cardinal Dolan kindly reminds Catholics that the Church has never advocated a Christian discipleship which is based solely on silent witness to the Gospel.

That message, one which calls Catholics to embrace and live their faith openly, zealous in spreading the Gospel of Jesus Christ in both word and deed as it has been guarded and transmitted by the Church for twenty-centuries is not new. In fact, it began with the example of St. Peter and the other apostles on Pentecost, that day on which the Church was made “manifest to the world” by “the outpouring of the Holy Spirit” (CCC 1076; see Acts 2). On that glorious day, the apostles began to speak openly and actively in favor of the way of Christ.

When we look at the apostles’ method of evangelization, we immediately notice that it energetically involved the whole person; i.e., it became their way of life—even if that way of life meant martyrdom. And it indeed did for all of the apostles save St. John.

Today the context of evangelization is different—Thus it is called the “New Evangelization.” While the apostles labored to water the seed of the Church planted by Christ, nourishing it with their very blood that it may become a vine whose tendrils of truth and light would reach across the fields of the earth, evangelization has been shaped in recent times by the effects of an increasingly post-Christian era. That is, nearly everyone knows of Christ, but few people truly and intimately know the Person who is Jesus the Christ. A vine overgrown with weeds is more often encountered than a land of weeds. As Pope Benedict XVI has emphatically stated more than once, men are living as if God does not exist. It would be a serious error to imagine the Holy Father is speaking only to those who openly reject God, however often as the case may be, for he is speaking primarily to reputed Christians.

This situation in which America has become imbued with the ambiance of practical atheism is due in large part to the “we’re all fine” phenomenon. It goes like this: “God loves me and you the way we are, so not to worry. Sure, everybody has their faults, but Christ died for our sins. God will work it all out.” As is evident, such a convenient religious philosophy is not entirely unrelated to the unbiblical doctrine of unconditional salvation, also known as “eternal security” or “once saved always saved.” That people are on different paths is true, but the notion that all these paths invariably lead to the same glorious end regardless of how the individual person exercises free will, is one giant, diabolical lie.

There is little more harmful than sleepy Christians unfettered by the demands of the Gospel who, presuming on glory without merit, persist in yawning at the pressing commandment of Christ to “be perfect, as your heavenly Father is perfect” (Mt. 5:48). As Christians, we are obliged to respond to the grace of the Holy Spirit, giving ourselves over in love to that Love who so graciously gave himself to us at our Baptism in virtue of the redemptive merits of Jesus Christ.  Vatican II sought to remind Christians of just such a fact: “All the Church’s children should remember that their exalted status is to be attributed not to their own merits but to the special grace of Christ. If they fail moreover to respond to that grace in thought, word and deed, not only shall they not be saved but they will be the more severely judged” (LG 14). The Spirit has re-created us in Christ. That immense gift demands a new way of living.

Clearly, a serious outlook on the reality of life is in order. “Whoever believes in the Son has eternal life, but whoever disobeys the Son will not see life, but the wrath of God remains upon him” (John 3:36). Given the shocking realities of a society gone awry, such as widespread relativism and moral indifference, the contraceptive mentality which has fueled the horrors of abortion, the recent secularist attacks on freedom of conscience and freedom of religion and so forth, it is time for Catholics everywhere to rise up and speak the language of truth in word and deed, living our lives in a credible and convincing way. Charity demands that we voice the truth.

“Charity in truth, to which Jesus Christ bore witness by his earthly life and especially by his death and resurrection,” wrote Pope Benedict XVI, “is the principal driving force behind the authentic development of every person and of all humanity. . . . To defend the truth, to articulate it with humility and conviction, and to bear witness to it in life are therefore exacting and indispensable forms of charity. Charity, in fact, rejoices in the truth” (Caritas In Veritate 1).

Catholics need to be carefully taught that truth is an essential element in achieving authentic human fulfillment in true freedom and perfect happiness. Our Savior Jesus Christ said, “I am the way and the truth and the life; no one comes to the Father, but by me” (Jn 14:6), and “I have come that they may have life, and have it abundantly” (Jn 10:10). The truth of the Christian religion presented in its fullness by the Church, which includes both faith and morals, is not merely an inconsequential data set; it is not a list of nice ideas and interesting options which have little bearing on human life and society. On the contrary, God’s revelation to the living body of his Church is the word of life, and as such, it is an indispensable component of every single aspect of human life. Charity “rejoices in the truth,” because it is God’s will that “all men” be “saved and come to a knowledge of the truth” (1 Tim 2:4). The truth is about salvation. If we love Christ, we repeat his truth transmitted by the Church.

Learn more about the Church as the pillar and bulwark of truth.

Unfortunately, for a whole host of “reasons,” Catholics have been lax in living their lives in word and deed according to the language of truth. That we have often failed to love God above all else is a tragedy which has borne serious repercussions for every aspect of our society. “As Catholics, like so many other American Christians,” wrote Archbishop Chaput, “we have too often made our country what it is through our appetite for success, our self-delusion, our eagerness to fit in, our vanity, our compromises, our self-absorption and our tepid faith.”

Two years before Blessed John Paul II was raised to the Chair of Peter, then Karol Cardinal Wotyla articulated the following disturbing observation to the Catholic Bishops of the U.S.:

It is not enough to simply say that we are Christians; nor is it enough to speak only of how we love Christ. We must, as Catholics, fully live out the language of truth in word and deed, speaking openly in the public square, faithfully repeating the words of truth articulated in their fullness by holy mother Church. For the laity are “entrusted by God with the apostolate by virtue of their Baptism and Confirmation, they have the right and duty, individually or grouped in associations, to work so that the divine message of salvation may be known and accepted by all men throughout the earth” (CCC 900).

Perhaps the greatest tragedy of our age is that Catholics are becoming more and more unaware of the reality of who they are. That is, while in virtue of Baptism we are made members of the divine family who are destined to share in eternal glory, we have in many cases forgotten what such a participation in the life of the Holy Trinity actually means: as children of the household of God, we must always live out the language of truth in word and deed as the members of the divine family that we are, in order to build up the body of Christ and aid in populating the kingdom of heaven. God has given us the gift of participating in his life. It is clear that we should take an active part in that wondrous, sublime and unending reality.

While the truth is often unpopular, even abhorred, we should not be the least surprised by negative reactions: “Do not think that I have come to bring peace on earth; I have not come to bring peace, but a sword” (Mt. 10:34). Speaking the truth can be difficult. However, in hope, we are consoled in the certain knowledge that those who speak the truth with love are indeed serving our Lord Jesus Christ. After explaining the parable of the weeds in the field to his disciples, Jesus said: “Then the righteous will shine like the sun in the kingdom of their Father” (Matt. 13:43). And in the book of Daniel, we read: “Those who lead the many to justice shall be like the stars forever” (12:3).