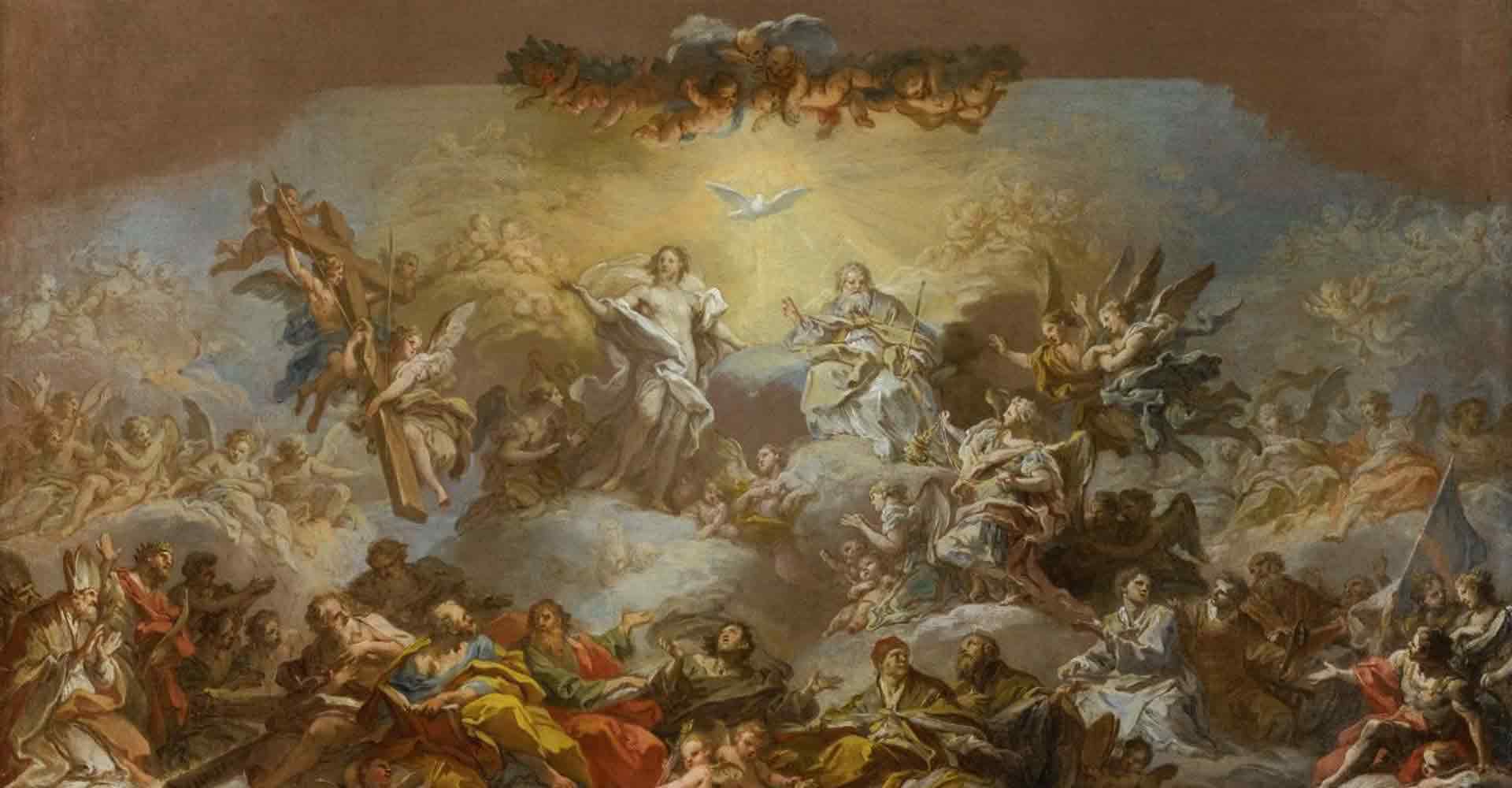 Jesus Christ founded a Church that inherited His doctrine, His law, His grace, and His Love: the Holy Spirit. The mystery of the Church was the culmination of Salvation history, of that mysterious Love of a lover that God had manifested towards humanity and His Chosen People.

In the history of Salvation, Israel is the theophoric people, the People set apart for a holy purpose, which is the establishment and the extension of the Kingdom of God on the Earth. The Christian religion is the bearer of the good news of the coming of the Son of God into the flesh, inaugurating a wedding between Eternity and Time, God and Man, the supernatural and the natural, the infinite and the limited. The Incarnation, is the central principle of Christianity, the vehicle of a theandric grace that re-unites Creation itself, under the Mediation of the Incarnate Word, the one God-Man, Pontiff of an eternal Priesthood, according to the order of Melchizedek.

The words of the Incarnate Word resonated across the walls and within the hearts of Israel. The gospel was testified to in the awesome Speech of the Teacher, in the ardent Love of the Redeemer, in the mysterious and divine Power of the Son. The Son of Man had come to fulfill the Law and prophecy and, according to the Will and the Design of God, the Messiah’s ministry culminated in his saving death on the cross—a death on the Tree of Crime of Original Sin and of personal sin itself in order to defeat death and evil. The Jewish People who had been the chosen People, the repository of the Divine Promise, had received through the mouth of the prophets the Promise of redemption and restoration that the Messiah would bring to all people; however, for some, it was left misunderstood, unrecognized, and ill-received.

The Second Israel emerged at the Foot of the Tree of the Cross, out of the right side of the wound of the Temple not “made by human hands.” In Heaven, “there are three who give testimony in heaven, the Father, the Word, and the Holy Ghost. And these three are one. And there are three that give testimony on earth: the spirit, and the water, and the blood: and these three are one” (1 John 5:7-8). The Catholic Church of Rome was born from the water and the blood that proceeded from the sacred wound made by the lance. That blood and water consecrated the spirits of its members, in particular, the Holy Virgin Mary and St. John, the beloved disciple. It was the naissance of the new Israel within the old one, the new People of God, consecrated in their hearts, their souls, and their spirits in the infused sanctifying grace emerged out of the Messianic Temple.

Jesus, the Christ, had founded a Church that had inherited His doctrine, His law, His grace, His Love, the Holy Spirit, the true Soul of the one Mediator. The mystery of the Church was the culmination of Salvation history, of that mysterious Love of a lover that God had manifested towards humanity and His Chosen People in particular. God had created man, tested him, chastised him, made a covenant with him, guided and educated him as Father, nursed him as a mother, and loved man to the very end, in order to manifest His unfathomable Love disfigured in human consciences and human memories by the ruin of sin. The Church was God’s Bride, whom Christ had wedded in time by the very substance of His Death on the Cross. The Church, that lofty and select mystery at the heart of Christianity that was the certain fruit of the Christ’s consummate spirituality. “God is a spirit; and they that adore him, must adore him in spirit and in truth” (John 4:24).

The center of such lofty a mystery is itself Christ’s desire to spiritually wed humanity and bring to His Eternal Father a communion of adoptive sons who, with the Son, would be partakers of the Divine Nature and share in the rich spiritual treasuries of Grace. In truth, a corporate Body of believers that would provide God with perfect adoration and true spiritual worship. In a real way, therefore, the Church is Christ Himself because its individual members have been united to his one physical and mystical body by virtue of the infusion of his Spirit. Christ loves the members of his body as his own and, as they are joined to him, they are enabled to love as God loves, pray to the Father as Christ himself prays, and share in the infinite, unending joy of God himself.