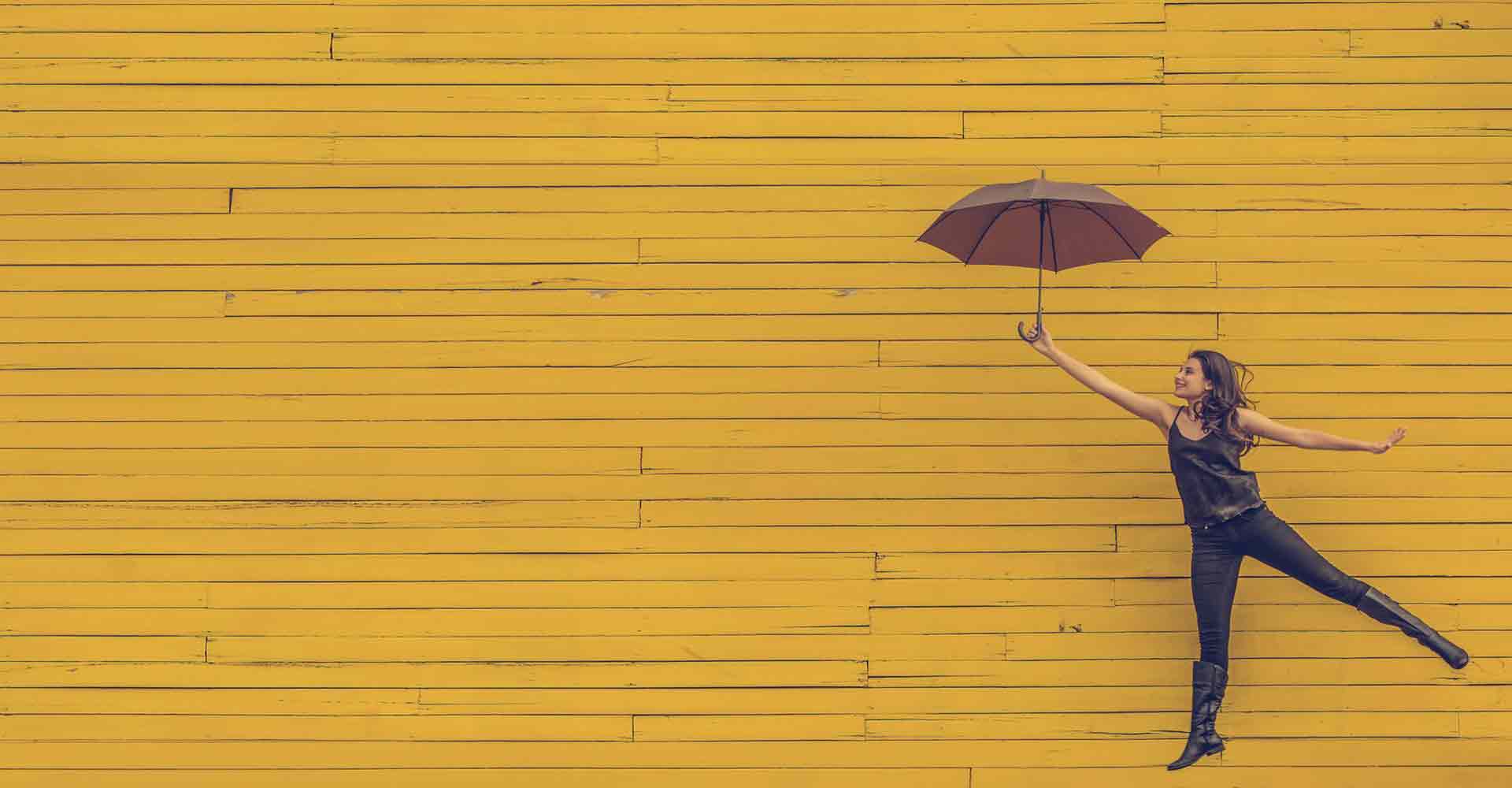 Is grace a free gift from God? Or do Catholics believe, as the accusation often goes, that they merit or earn grace through the accomplishment of good works?

Just a few days ago, I spoke with a Protestant friend of mine who insisted that once a Christian accepts Jesus as his personal Savior, he is forever justified and saved. Further, according to him, it is impossible to lose salvation. This belief is often referred to as “once saved, always saved.” It is a logical extension of the Protestant doctrine of sola fide (saved by faith alone). That is, if a person is saved by faith alone, then so long as Christ is accepted then salvation is permanently guaranteed.

While it is important to note that there is no common or universal Protestant doctrine concerning the nature of faith, grace, eternal destiny and salvation, it is not unusual to encounter our brethren of the various reformed traditions who adhere rigidly to sola fide, or “faith alone,” as well as the belief in “once saved always saved.” In fact, sola fide is one of the three pillars of the Reformation, which includes sola scriptura (Scripture alone) and solus Christus (Christ alone).

The notion that a Christian cannot lose salvation is entirely foreign to Catholic doctrine. Also, Catholics understand that there is need each moment of each day to respond to God’s grace. Therefore salvation is an ongoing process, a continual movement of repentance, conversion and renewal in which the salvation won by Christ is applied to ourselves in obedience to the will of the Father through the impulses of the Holy Spirit. Simply, Catholics understand that while Christ redeemed humanity, not every single man who professes to believe in him is automatically saved—our human free will must be properly ordered to the salvific will of Christ. Thus sola fide and its ramifications and logical extensions can be unfamiliar territory for Catholics.

But where does grace come from? Is it a free gift? Or do Catholics believe, as the accusation often goes, that we merit or earn grace through good works? We are first incorporated into Christ, made partakers in the divine life of God, and given the gift of the Holy Spirit at Baptism, the doorway to the sacraments and the gateway to eternal life. Thus we are justified by the free gift of God’s grace, and, through responding to that grace and living a life of holiness, we are continually sanctified in Christ. Therefore salvific grace is a free and unmerited gift, impossible to earn. Nevertheless, the Catholic Church has always taught that it is possible to fall from God’s grace by willfully choosing to do so. The power of the human free will to make terrible choices of eternal consequence remains with us throughout our earthly life.

In this essay, we will very briefly examine the tenets of sola fide. There are several questions that immediately come to mind: is sola fide biblical? Is it reasonable? Is it in harmony with patristic tradition and with what the Church Fathers believed? Also, what are the ultimate consequences and ramifications of this belief?

First, it is important to note that sola fide, although not entirely unheard of in the early Christian community, as we see with the heresy of Antinomianism, gained its popularity during the Reformation. But it was never a part of Catholic doctrine; thus it has never been part of the true Christian religion transmitted by the Church. This means that for fifteen-hundred years Christians did not adhere to it. Evidence of this fact comes directly from Scripture:

You see that a man is justified by works and not by faith alone. And in the same way was not also Rahab the harlot justified by works when she received the messengers and sent them out another way? For as the body apart from the spirit is dead, so faith apart from works is dead. (James 2:24-26)

My brothers, what good is it to profess faith without practicing it? Such faith has no power to save one, has it? So it is with the faith that does nothing in practice. It is thoroughly lifeless. Show me faith without works, and I will show you the faith that underlies my works! (James 2:14, 17, 18)

And if I have prophetic powers, and understand all mysteries and all knowledge, and if I have all faith, so as to remove mountains, but have not love, I am nothing. (1 Cor. 13:2)

While there are numerous other Scripture passages we could cite, perhaps the most disturbing which clearly opposes sola fide is found in Matthew 7:21, in which we find Jesus Christ himself warning us: “Not everyone who says to me, ‘Lord, Lord,’ will enter the kingdom of heaven, but only he who does the will of my Father who is in heaven.”

While it is clear that sola fide is unbiblical, it is important to point out that many Protestants nuance the doctrine this way: a Christian is saved by the grace received through faith in Jesus Christ, and, moved by that grace, he will then perform good works. This understanding is not far from Catholic doctrine. Catholics will say that our salvation is 100% due to God’s grace and 100% due to our participation with that grace. The good that we can accomplish is because of God’s grace. All is grace. Nevertheless, grace does not override our free will. Admittedly, the relationship between grace and free will is ultimately a mystery. How does God draw us to himself through grace yet respect our free human choices?

However, our Protestant friends often carry this idea of saved by faith and grace to such an extreme that the inviolability of the human free will is denied. Simply, grace overpowers freedom. From this position, once a person is saved by grace, the free will is then powerless to reverse the course of salvation. Ultimately, this violates and damages human freedom.

From this problematic line of thinking man is not truly free. Free will is an illusion. We then find we have entered into the confused doctrine of John Calvin, who wrote that God created the elect as “vessels of mercy” and the reprobate as “vessels of wrath.”

Martin Luther, an excommunicated Catholic priest who is often pegged as the grandfather of the Reformation, wrote down the following disturbing sentence in one of his letters to Melancthon in 1521: “Be a sinner and sin boldly, but believe and rejoice in Christ more strongly, who triumphed over sin, death, and the world; as long as we live here, we must sin.”

Nowhere in the Gospel do we find Christ teaching us to “be a sinner and sin boldly”; nor does our Savior ever even hint that “we must sin.” Such notions are entirely contrary to the whole of the New Testament. In fact, Jesus teaches just the opposite: “So be perfect, just as your heavenly Father is perfect” (Matt. 5:48). And John’s gospel clearly teaches that if we fail to obey Christ (i.e., love God, love neighbor, follow the commandments, care for the poor), we will not inherit the kingdom: “Whoever believes in the Son has eternal life, but whoever disobeys the Son will not see life, but the wrath of God remains upon him” (John 3:36).

All the Church’s children should remember that their exalted status is to be attributed not to their own merits but to the special grace of Christ. If they fail moreover to respond to that grace in thought, word and deed, not only shall they not be saved but they will be the more severely judged. (Lumen Gentium 14).

Obviously, true belief in Christ is not simply intellectual. Our Savior demands of us our whole self: we are to become his disciples in obedience and trust. As stated above, there is clearly a moral dimension to Christian discipleship, which is tied to the theological virtue of charity. “Our moral life has its source in faith in God who reveals his love to us” (CCC 2087). Faith in God and the moral life of goodness and holiness, which is the Gospel life, are inseparable.

If men believe that their salvation is eternally secure after having professed faith in Christ, the logical extension of this belief is to disregard the seriousness of sin and the vital importance of living a proper moral life according to the Gospel and the teaching of the Church. From here it is more than easy to fall into relativism and indifferentism: two very serious issues which plague our nation.

Are we saved by faith alone? No. But we are saved by grace alone. Without God’s free gift of grace, which ordinarily is received through the sacraments of the Church, we could not be saved. Through grace we are given a share in the divine life of God; we become God’s adopted sons and daughters. However, we have to remain in God’s friendship: we have to remain his children, and with vigilance avoid the self-inflicted catastrophe of disinheritance.

Mortal sin is a radical possibility of human freedom, as is love itself. It results in the loss of charity and the privation of sanctifying grace, that is, of the state of grace. If it is not redeemed by repentance and God’s forgiveness, it causes exclusion from Christ’s kingdom and the eternal death of hell, for our freedom has the power to make choices for ever, with no turning back. (CCC 1861)

When we hear, ‘Your faith has saved you,’ we do not understand [the Lord] to say simply that they will be saved who have believed in whatever manner, even if works have not followed. To begin with, it was to the Jews alone that He spoke this phrase, who had lived in accord with the law and blamelessly, and who had lacked only faith in the Lord. (William A. Jurgens, Faith of the Early Fathers, vol. I, 428)