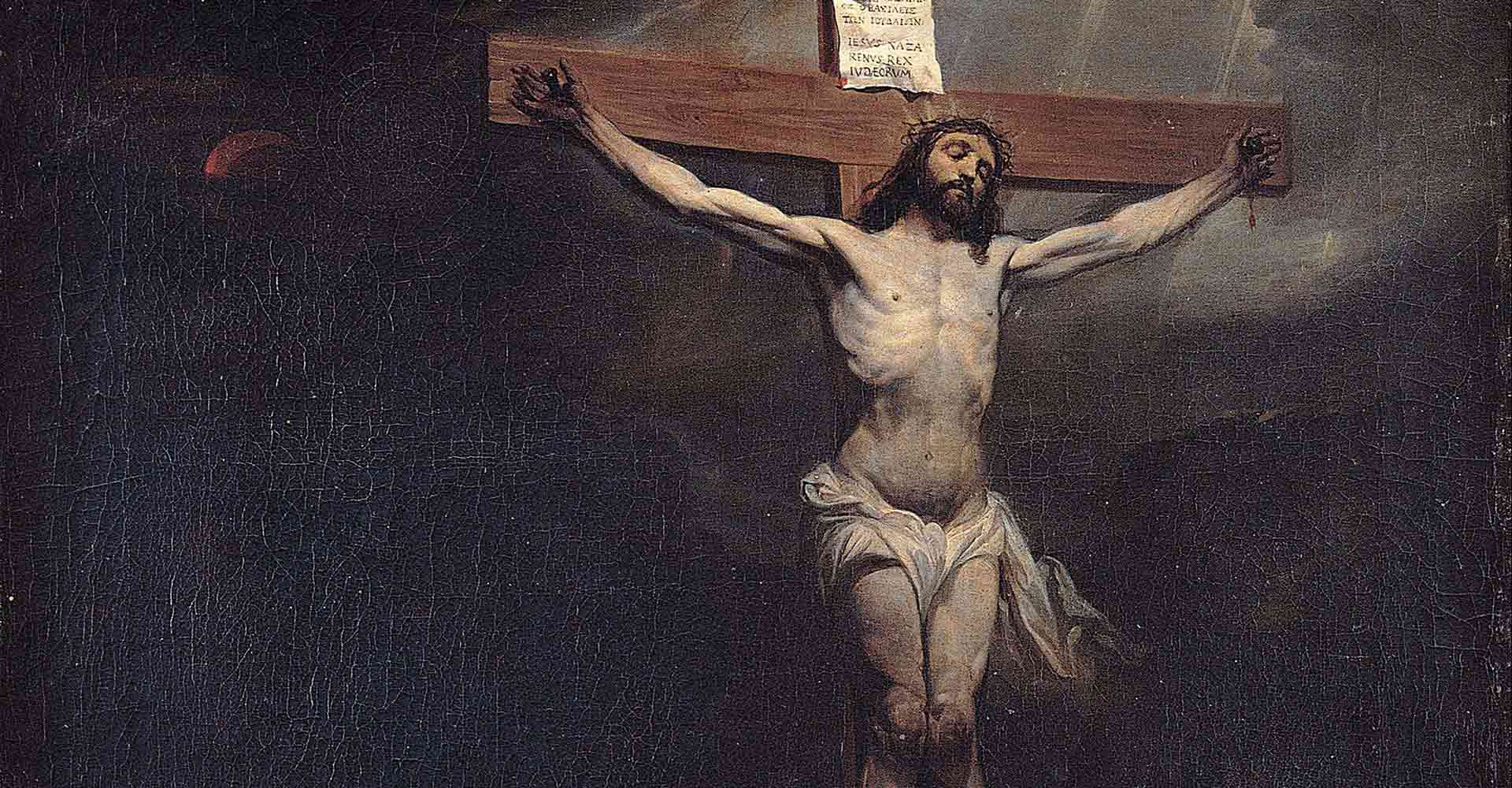 In today’s gospel we hear the priestly prayer of Jesus as he prepares to undergo his passionate hour of unspeakable suffering on the cross for but one purpose: Love.

Jesus raised his eyes to heaven and said, “Father, the hour has come. Give glory to your son, so that your son may glorify you, just as you gave him authority over all people, so that he may give eternal life to all you gave him. Now this is eternal life, that they should know you, the only true God, and the one whom you sent, Jesus Christ. I glorified you on earth by accomplishing the work that you gave me to do. Now glorify me, Father, with you, with the glory that I had with you before the world began. I revealed your name to those whom you gave me out of the world. They belonged to you, and you gave them to me, and they have kept your word. Now they know that everything you gave me is from you, because the words you gave to me I have given to them, and they accepted them and truly understood that I came from you, and they have believed that you sent me. I pray for them. I do not pray for the world but for the ones you have given me, because they are yours, and everything of mine is yours and everything of yours is mine, and I have been glorified in them. And now I will no longer be in the world, but they are in the world, while I am coming to you.” (Jn 17:1-11)

In this prayer, Jesus’ glorifies the Father and turns his heart, mind and will toward the Father, the source and object of all his love and every movement of his earthly life. Jesus notes that the Father sent him into the world that he “may give eternal life” to those whom the Father has given him. Jesus’ temporal mission has but one purpose: love. This love, which is at once divine and human is directed toward our human fulfillment. It is a completing, restorative and healing love that is without limit. It is a salvific love unconcerned with self that is of such great depth and power, it moves Jesus to give up his life for his friends (Jn 15:13) and even for his many enemies. It is a love directed toward one supreme, everlasting goal: the fullness of life.

This love flows from God the Father to his incarnate Son through the Spirit, expanding infinitely outward to humankind and all of creation. It is a love that inexorably draws us, as children of God, back to our heavenly Creator. The Father leads us to Jesus in and through the Spirit, and Jesus leads us back to the Father that we may possess eternal life in unending happiness.

The instrument Jesus uses to accomplish this task of redemption—a human and divine process of love—is the Roman cross and his willing and complete sacrifice upon it which he underwent out of loving obedience of his human will to the saving plan of God the Father. As a man, Christ obeyed God the Father totally to the point of death; as God, Christ completed an infinite sacrifice of love for our sake, defeating our real and greatest enemies: sin, evil, the devil, and permanent death.

What is love? Its meaning can only be fully discovered in the cross of Christ, the highest possible sign and act of efficacious love. The cross is the instrument upon which God brought his love to bear in justice upon sin and death. Through the cross, God acted. Christ is the victor. Humanity is redeemed.

When we turn our hearts, minds, and wills in adoration to the Father, praising him for the gift of Jesus, the incarnate Son of God, we enter into Jesus’ priestly prayer. We step into the plan of saving restoration that was born in the heart of the Tripersonal God from eternity.

In doing so, we are enabled at the moment of our hour to joyfully proclaim: “Father, the hour has come. I am coming to you!”