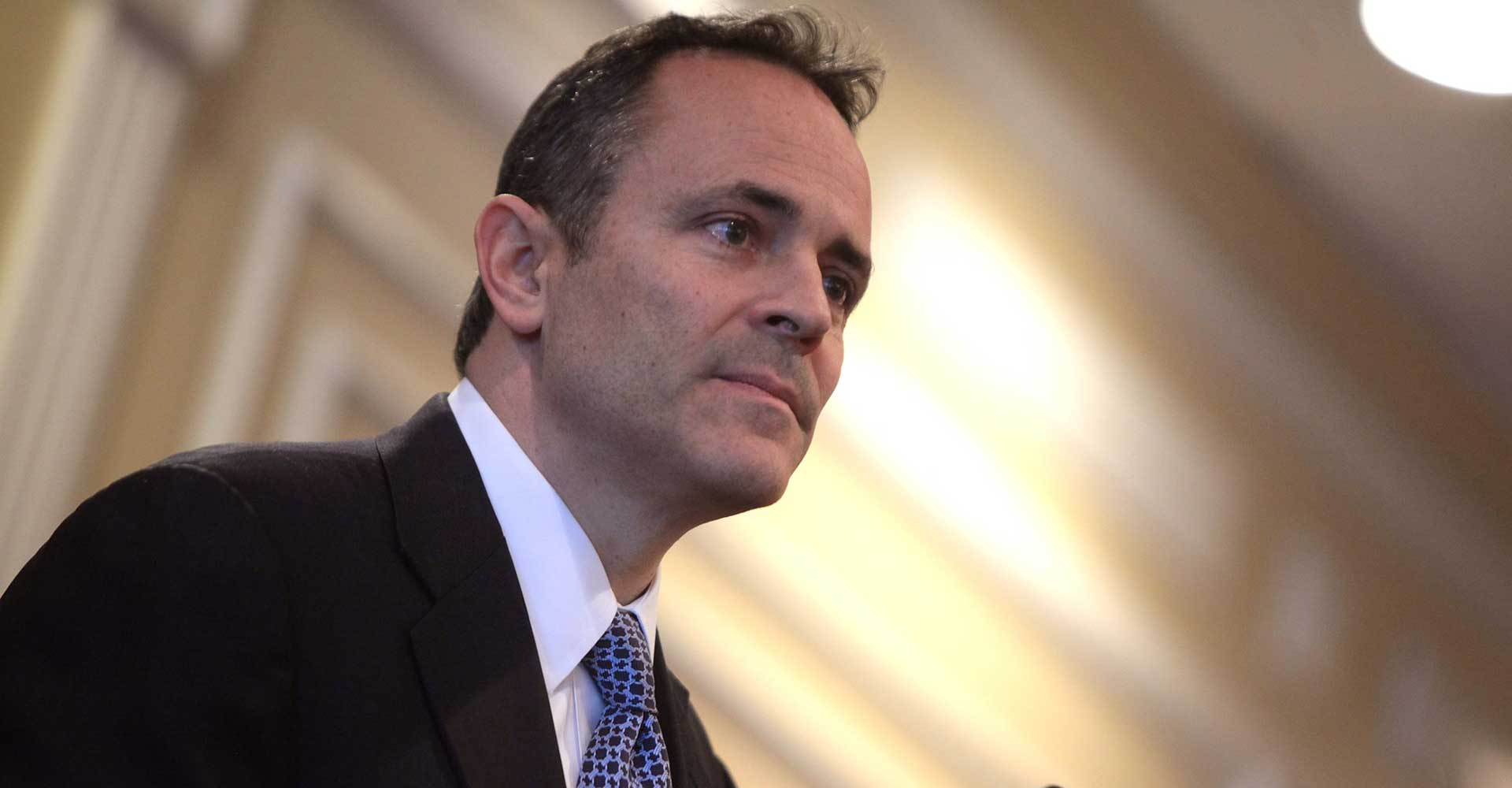 Proper and authentic gun regulation is necessary to protect people and society from those who would use them for criminal purposes; however, additional gun regulation in itself will not quell rising violence linked to a post-modern cultural atmosphere that often displays a blatant hostility toward human life.

Kentucky Governor Matt Bevin has become a leading figure in championing respect for human life, dignity, and support of the common good. Given the recent school violence and shooting sprees, Gov. Bevin makes this well-reasoned, essential point: it is naive and delusional to think that adding gun-control laws is itself an adequate solution to these problems.

In a February 26th video, Gov. Bevin answers a woman’s question about how he can reconcile his concern for protecting children with his viewpoint about the inadequacy and ineffectiveness of additional gun-control laws in dealing with gun violence in schools.

In the video, he points out that the root cause of school violence is not a lack of gun laws but rather a systemic cultural shift that has taken place in America over the last half-century in which human life, virtue, and traditional moral values have been consistently attacked, devalued and degraded.

Gov. Bevin lists a number of problem areas in society as contributing factors: abortion; physician-assisted suicide; the objectification of women; pornography; the proliferation of violent video games and movies; explicit song lyrics; and dependency on personal electronic devices for texting and social media which have been shown to produce feelings of isolation and depression among teens and young adults.

To summarize, Gov. Bevin insists that our nation’s problem is a moral problem. Post-modern society is ill because its value system is fragmented.

Leftist elites pushing for increased gun-control are infuriated by these kinds of claims and find Gov. Bevin’s message incendiary because it stands in stark contrast to their media propaganda and indoctrination programs in which moral values and the reality of what is true are being systematically dismantled and replaced with the tenets of moral relativism.

For example, those pushing for increased gun-control are often the same people who deem homosexual activism, transgenderism, sexual promiscuity, and abortion on demand to be freedom-based “human rights.” Anyone who opposes these so-called rights is labeled as a religious, anti-freedom bigot. In many cases, they attempt to indoctrinate children into their ideologies through the use of public-school classrooms and the media.

They know the key to societal change in the future is found in changing society’s children today.

Gov. Bevin insists the solution to escalating violence in schools is to be found in returning to virtuous living and moral truth, whereas the elites opposing him are more interested in promoting false tolerance, freedom without limits, and an anti-truth mentality that increasingly fuels the culture of death phenomenon.

Proper and authentic gun regulation is necessary to protect people and society from those who would use them for criminal purposes; however, additional gun regulation in itself will not quell rising violence linked to a post-modern cultural atmosphere that often displays a blatant hostility toward human life.

America’s downward moral spiral originated in the rationalism of the Enlightenment period, with its frequent display of moral and religious skepticism. Coupled with modernism and its attack on the Christian religion, divine revelation, and the natural law, the result is that moral relativism has become entrenched in the nation’s social landscape. So prevalent is relativism, Pope Benedict XVI stated that it affects people on a subliminal level.

Further, relativism helped to fuel the sexual revolution of the 1960’s and America’s subsequent embracement of the birth control pill and other means of contraceptives. Pope Paul VI, in Humanae Vitae, gave a prophetic warning that the use of contraceptives in marriage to avoid pregnancy would harm marriage and family and result in a general lowering of moral standards.

Pope St. John Paul II observed that artificial birth control and abortion are fruits of the same tree, although they differ in moral gravity. That is, the former promotes recourse to the latter. The use of contraceptives leads people to resort to abortion when faced with an unexpected pregnancy (see Evangelium Vitae 13).

With the use of contraception, America soon embraced an abortion mentality constituting a direct attack on human life. Consequently, the human person is devalued and society itself begins to unravel at its foundation due to a loss of moral footing. Marriage suffers; family suffers; children and teens suffer.

Additionally, when society legalizes violent, fatal attacks on unborn children, as is the case with legalized abortion, it teaches teens that it is socially and morally permissible to assert their will over the weak, even destroy those perceived as unwanted or disliked. After all, legalized abortion is based on the evil concept that unwanted children can be killed at will.

Although these connections, causes, and effects are self-evident, leftist elitists either fail to see them or reject them outright.

However, as Gov. Bevin aptly points out, America’s societal ills, often manifested in teen violence, can be healed only be dealing directly with these issues. Americans must return to living a virtuous life in harmony with the natural law and the reality that God himself has brought into being. We must work to ensure that human life and dignity are once again honored, respected and protected from conception to natural death.

If we want to help our children, we’ve got to become a virtuous people, not a people who degrades, murders, and scandalizes them at every turn.