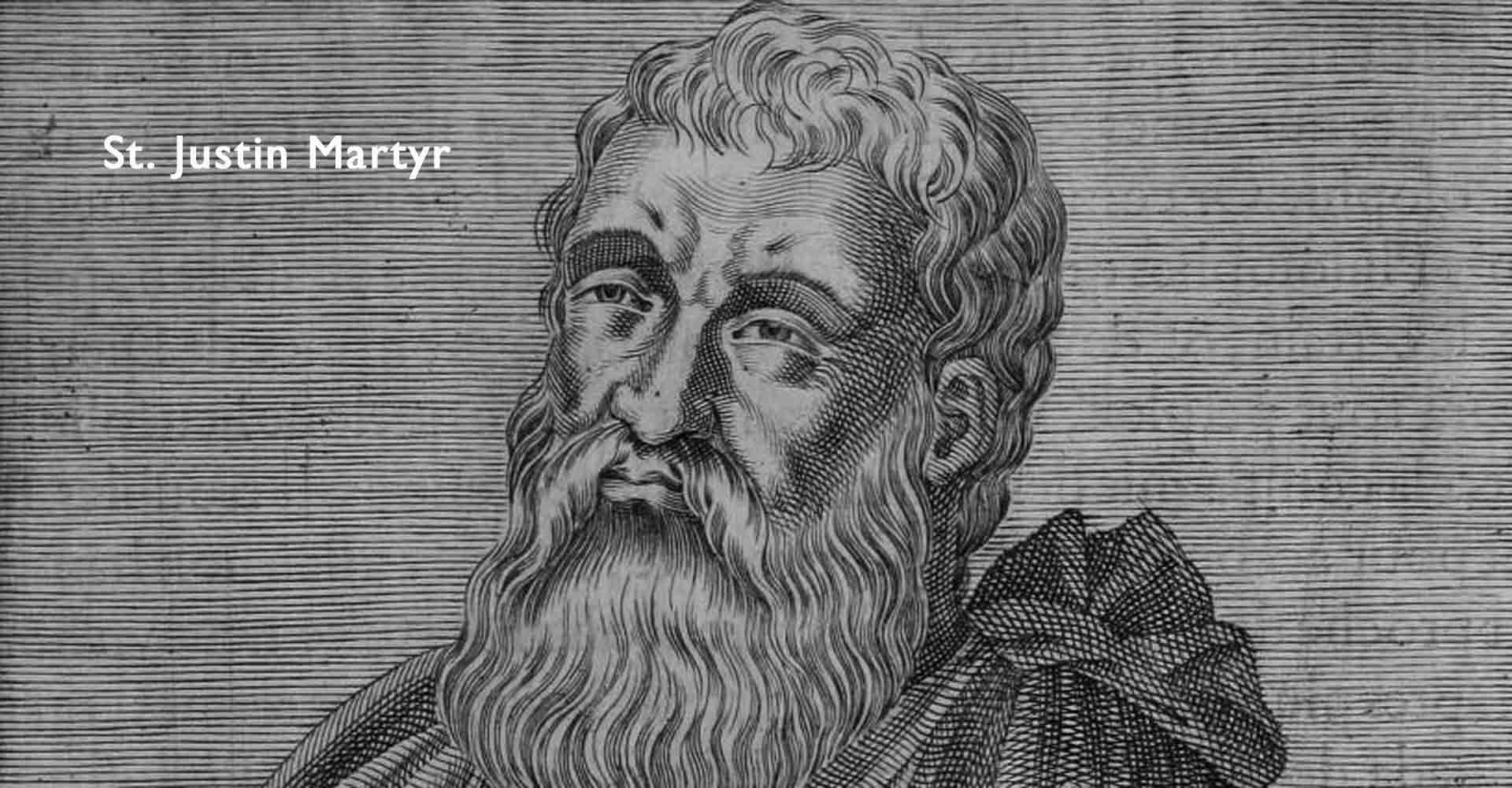 The Roman prefect Rusticus, his hate-filled eyes fixed intently on St. Justin, said: “Do you have an idea that you will go up to heaven to receive some suitable rewards?” Justin responded: “It is not an idea that I have; it is something I know well and hold to be most certain.”

St. Justin Martyr (A.D. 100-165) is a Church Father, philosopher and apologist from Palestine who wrote a defense (apology) of the faith to the Roman emperor as a plea for toleration and conversion. After living a pagan life for some time but always earnestly seeking after the truth, he converted to Christianity and became the first speculative and creative Christian writer and theologian after the writers of the N.T. itself. From him we have an outline of the Mass (reprinted in the Catechism, No. 1345) written to the pagan emperor Antoninus Pius that reflects the main elements of the novus ordo Mass in use in the Latin rite Church today.

Placing himself in great danger, St. Justin used his home as a place of public Christian instruction on the treasury and beauty of the divine faith of the Church. Eventually, the hate of Rome was turned violently against him for his refusal to give sacrifice and worship to nonexistent pagan gods. Below is an account of his Christian martyrdom.

From the Acts of the martyrdom of Saint Justin and his companion saints, as found in the Divine Office for the feast of St. Justin Martyr (Cap 1-5:cf PG 6, 1366-1371):

The saints were seized and brought before the prefect of Rome, whose name was Rusticus. As they stood before the judgment seat, Rusticus the prefect said to Justin: “Above all, have faith in the gods and obey the emperors.” Justin said: “We cannot be accused or condemned for obeying the commands of our Savior, Jesus Christ.”

Rusticus said: “What system of teaching do you profess?” Justin said: “I have tried to learn about every system, but I have accepted the true doctrines of the Christians, though these are not approved by those who are held fast by error.”

The prefect Rusticus said: “Are those doctrines approved by you, wretch that you are?” Justin said: “Yes, for I follow them with their correct teaching.”

The prefect Rusticus said: “What sort of teaching is that?” Justin said: “Worship the God of the Christians. We hold him to be from the beginning the one creator and maker of the whole creation, of things seen and things unseen. We worship also the Lord Jesus Christ, the Son of God. He was foretold by the prophets as the future herald of salvation for the human race and the teacher of distinguished disciples. For myself, since I am a human being, I consider that what I say is insignificant in comparison with his infinite godhead. I acknowledge the existence of a prophetic power, for the one I have just spoken of as the Son of God was the subject of prophecy. I know that the prophets were inspired from above when they spoke of his coming among men.”

Rusticus said: “You are a Christian, then?” Justin said: “Yes, I am a Christian.”

The prefect said to Justin: “You are called a learned man and think that you know what is true teaching. Listen:  if you were scourged and beheaded, are you convinced that you would go up to heaven?” Justin said: “I hope that I shall enter God’s house if I suffer that way. For I know that God’s favor is stored up until the end of the whole world for all who have lived good lives.”

The prefect Rusticus said: “Do you have an idea that you will go up to heaven to receive some suitable rewards?” Justin said: “It is not an idea that I have; it is something I know well and hold to be most certain.”

The prefect Rusticus said: “Now let us come to the point at issue, which is necessary and urgent. Gather round then and with one accord offer sacrifice to the gods.” Justin said: “No one who is right thinking stoops from true worship to false worship.”

The prefect Rusticus said: “If you do not do as you are commanded you will be tortured without mercy.” Justin said: “We hope to suffer torment for the sake of our Lord Jesus Christ, and so be saved. For this will bring us salvation and confidence as we stand before the more terrible and universal judgment-seat of our Lord and Savior.”

In the same way the other martyrs also said: “Do what you will. We are Christians; we do not offer sacrifice to idols.”

The prefect Rusticus pronounced sentence, saying: “Let those who have refused to sacrifice to the gods and to obey the command of the emperor be scourged and led away to suffer capital punishment according to the ruling of the laws.” Glorifying God, the holy martyrs went out to the accustomed place. They were beheaded, and so fulfilled their witness of martyrdom in confessing their faith in their Savior.