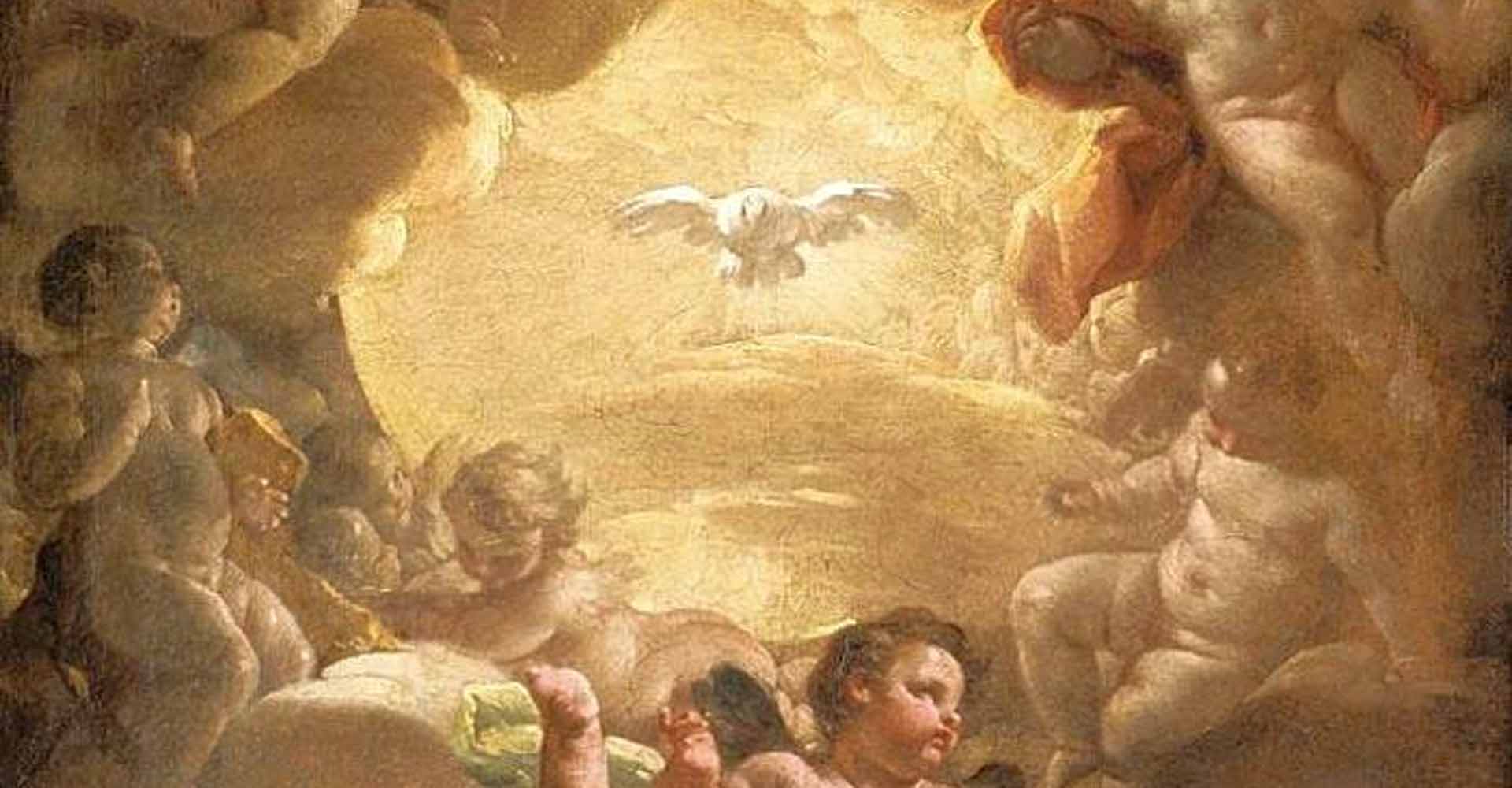 In our trial on the Earth, prayer serves to educate man into the adoration due to God and the love of his fellow brothers.

Prayer serves the cause of man, for it educates him into the love of God. Through prayer, man arises to the consciousness of good works animated by the virtue of charity, a theological virtue which enables the soul to love God above all else for his own sake. In this loving embrace with God, made possible by the gift of grace, the human person comes to share in the divine life of God. Merit consists in a temporal life that breathes the rhythm of goodness and that seeks the good of the other—made possible by virtue of the Incarnation of the Logos into human life. Lived in society, good works done in charity contribute to the common good, for man is truly a person when he surpasses the self and turns towards the other in a spirit that is love. The social charism ought to be communal in this sense, it ought to direct towards community, especially towards that ideal that unites humanity in the adoration of the Blessed Sacrament.

Man is a child who is led by the loving hand of God towards his eternal destiny. To love God is to awaken to the fraternal consideration of man, to realize the universal brotherhood that can help form the peace of humanity.

It is necessary, in fact, to move beyond all fatalism and apocalypticism into a belief that conceives of the age as a beginning, an opportunity to work toward lasting peace for humanity and the final form of civilization that will be made complete in Christ on his return. This work requires that religious faith be applied to humanism.

The belief of the Catholic Church reveals that man is a favored creature, created in God’s image, who ought to live in society according to a law that is charity. Evil exists and a Judgement is necessary in order to separate the sheep from the goats, but it is incumbent upon the Christian to look beyond the supernatural war and conceive an Era of Peace, possible only when man abandons his disordered inclinations and evil passions, and surrenders to the divine affection. To gaze into the future is to live in the present; it is the power to enter into the prophetic office of the Church and bless a vision of the future.

Christians are helped to gain psychological maturity and move toward spiritual perfection when they have learned to pray and pray well. In prayer is resumed the labor of reason and the work of charity for the greater glory of God. Prayer is the axis of salvation, the test that man must pass in order to enter into Eternity. Christian, make your prayer into eloquence, into mystical union, into a dialogue with the Godhead. When prayer is a conversation, a dialogue, an argumentation, an eloquent speech it succeeds in opening the heart of man to God and changing the world by God’s response to man. Prayer is merit, a spiritual act and a good work that merits everlasting friendship with God and the conquest of salvation.

The perfection of the spiritual life is adoration. This form of contemplation is a quiet, a silence of the soul, in which the Incarnate Word incarnates His Speech within the human person. In the prayer of adoration, the human face is illumined by the Divine Face in an encounter that is Love. Here is the center of the Catholic faith, where a spiritual work is done for the sole purpose of offering worship to the Godhead, to the Christ, to the Incarnate Word – it is eminently spiritual leisure and beauty that ennobles the traits of the person, filling human life with the movements of God. Adoration of God transforms man and allows him to partake of the social charism, of that power and virtue that consecrates the human person to the vocation of society and to his participation in the common good; in fact, it forms the symbol of unity of the Catholic Church from which the Church derives its communal life: whether in the poem of suffering, or in the art of charity, or even in the justice and the righteousness of worship.

In the final analysis, humanity will come of age when it learns the necessity of the spiritual life, of the value of prayer, of the love that transcends national boundary and that recognizes in the brother the universality of the human nature. It is not sufficient to do good; rather, it is necessary to pray in order to move hope towards progress and orient the movement of the universe towards lasting peace. The man who prays lives according to the soul and in harmony with reason, elevating his affection, and purifying the body’s desires. Care for your body, and love your soul!

Caring is sharing. Please support Joy In Truth by sharing on social media.